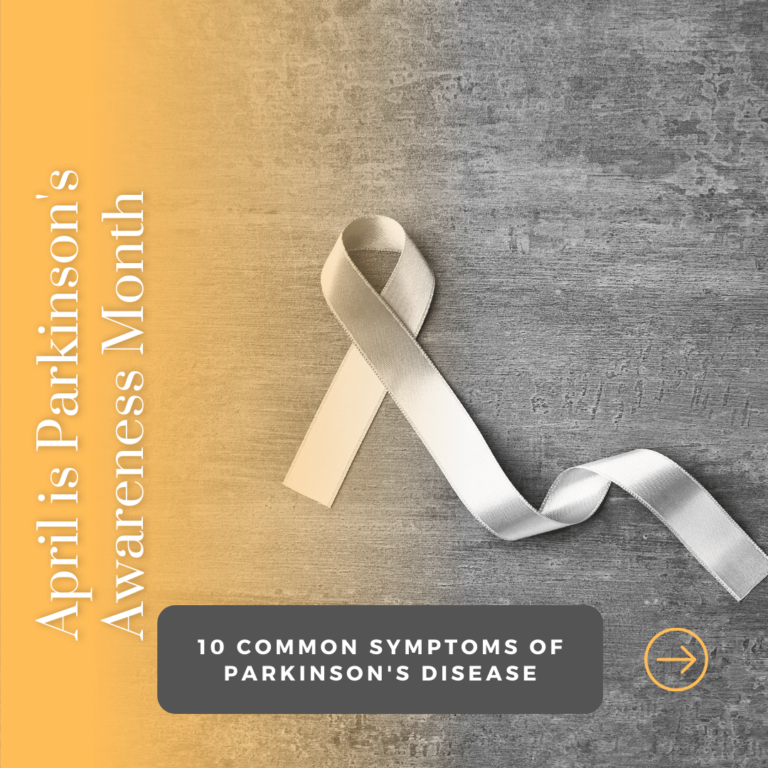 What is Parkinson’s Disease?

Parkinson’s Disease is a neurological disorder that affects movement. It results from the loss of dopamine-producing brain cells in a part of the brain known as the substantia nigra. The cause of Parkinson’s Disease is unknown, but researchers believe that it may be caused by a combination of genetic and environmental factors. There is no cure for Parkinson’s Disease, but there are treatments that can help manage the symptoms. On its own, Parkinson’s disease is not fatal, however complications from the disease are the 14th cause of death in the United States according to the Centers for Disease Control and Prevention (CDC).

There are different stages of Parkinson’s disease that are used to describe its progression. These include:

-Stage I: mild Parkinson’s disease where symptoms are only on one side of the body and generally don’t interfere with daily activities.

-Stage II: moderate Parkinson’s disease where symptoms are on both sides of the body and may include a loss of balance. Daily tasks become more difficult and take longer to complete.

-Stage III: mid-stage Parkinson’s disease where symptoms are on both sides of the body and can limit daily activities like eating and dressing oneself. The risk of falls also increases.

-Stage IV: severe Parkinson’s disease where symptoms are on both sides of the body and are limiting. At this stage, individuals cannot live alone and require help with daily activities, as well as the possible use of a walker for movement.

-Stage V: advanced Parkinson’s disease where symptoms are severe and can make it impossible to walk. People with this stage of the disease need around the clock help with daily activities.

According to the Parkinson’s Foundation, as many as 1 million people in the United States are currently living with Parkinson’s Disease. With around 60,000 people being diagnosed with PD yearly, this number is expected to rise to 1.2 million by the year 2030. In most cases, the incidence of PD increases with age and men are 1.5 times more likely to have PD than women.

A tremor is a common symptom of Parkinson’s Disease. Tremors usually start in the hands and can spread to the arms and legs. The tremor may be worse when you are at rest and may improve when you are moving.

Stiffness, or rigidity, is another common symptom of Parkinson’s Disease. The stiffness can make it difficult to move your arms and legs, and you may find that your range of motion is reduced.

Slowed movement, also known as bradykinesia, is a common symptom of Parkinson’s Disease. You may find that it takes longer to do everyday tasks, such as brushing your teeth or getting dressed. This can also be accompanied by decreased blinking rate, problems with fine motor control, and small handwriting.

Problems with Balance and Coordination:

Problems with balance and coordination are common symptoms of Parkinson’s Disease. You may find that you are unsteady when you walk or that you have difficulty keeping your balance. Oftentimes people with PD tend to lean or fall backwards, even with only a light push.

In addition to these four primary symptoms of Parkinson’s Disease, other symptoms can include:

You may find that you have difficulty thinking clearly or remembering things. These changes are often seen in advanced cases or cases affecting older individuals. Some cases of confusion may also be caused by Parkinson’s medications.

Changes in Mood and/or Personality:

You may experience changes in mood, such as depression or anxiety. It is also possible to experience changes in personality. Some medications for Parkinson’s disease can also result in impulse control disorders (ICD) that can manifest as hypersexuality, gambling problems, and a variety of other impulsive behaviors.

Fatigue is a common symptom of Parkinson’s Disease. You may find that you are tired all the time and that it is difficult to get through the day. Many cases of fatigue seen in people with Parkinson’s disease are attributed to sleep problems and depression. However, sometimes fatigue can occur independently of these other symptoms.

Vocal changes are another common symptom of Parkinson’s disease. You may find that your voice is softer than usual or that you have difficulty speaking. In some cases, people with PD can develop a condition known as hypophonia, which is characterized by a very soft voice that can be difficult to hear. The variation in volume or tone may also be lost, causing the voice to have a monotone sound.

In this blog, we have discussed Parkinson’s Disease and some of the most common symptoms associated with it. If you or someone you know is experiencing any of these symptoms, it is important to see your doctor for a diagnosis. Parkinson’s Disease is a progressive disease, which means that the symptoms will get worse over time. Early diagnosis and treatment can help to slow the progression of the disease and improve your quality of life.

We hope that this information has been helpful. If you have any questions, please feel free to contact us. We are here to help!