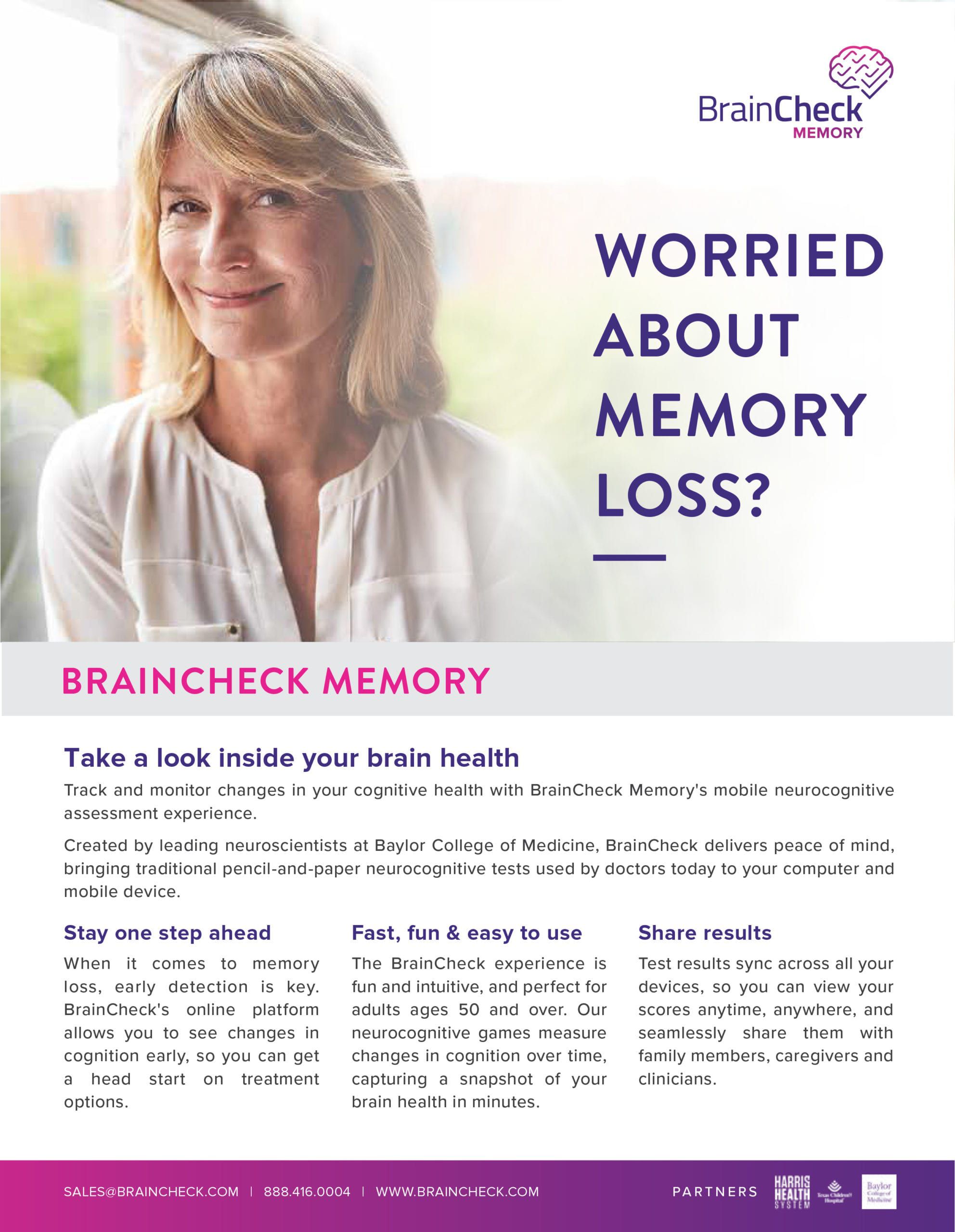 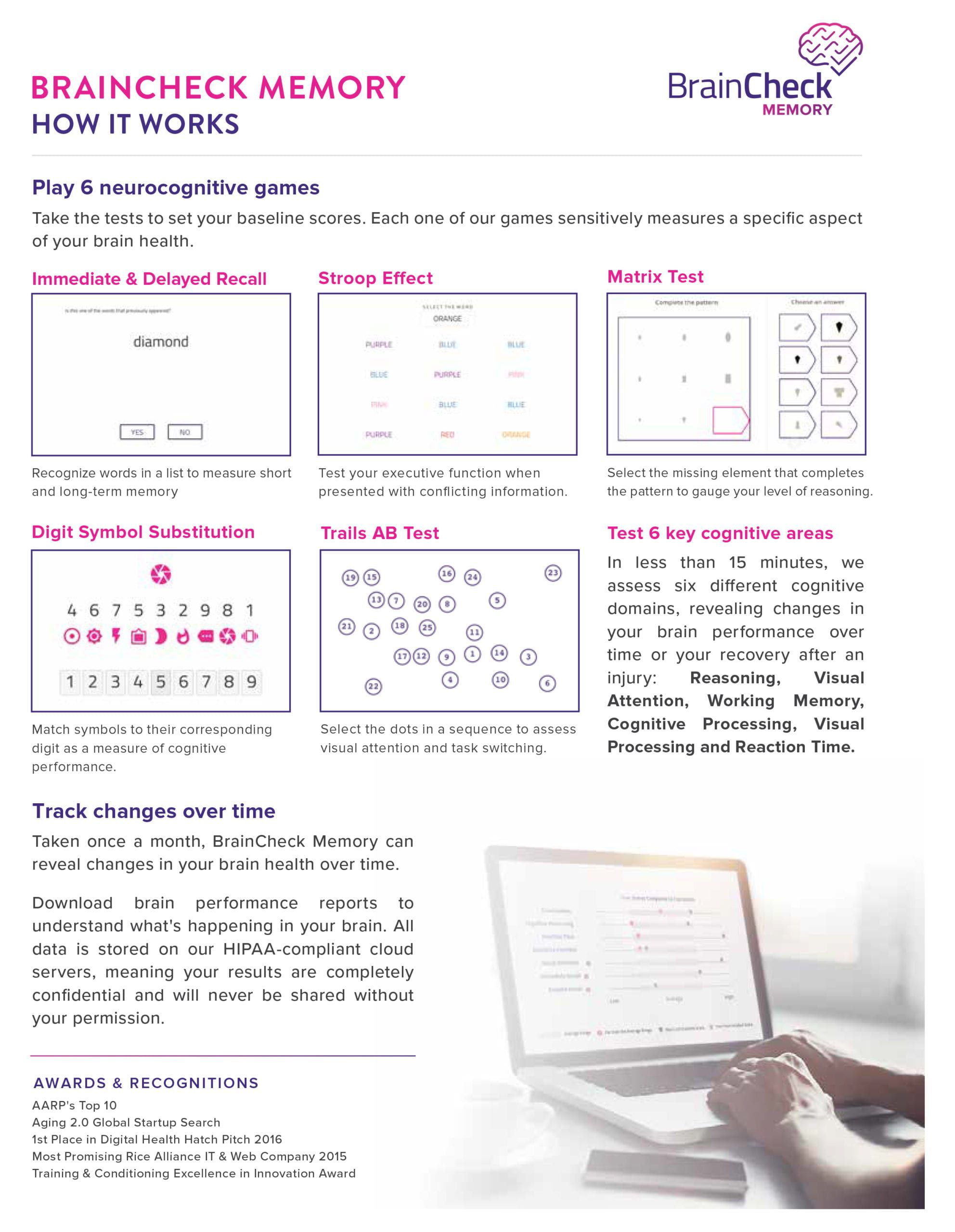 Are you worried about memory loss? According to the Centers for Disease Control and Prevention (CDC), around 1 in every 9 adults over the age of 45 report confusion or memory loss. Contrary to popular belief, however, memory loss is not a normal part of aging and can indicate an underlying medical condition.

Braincheck Memory is a neurocognitive assessment developed by the leading neuroscientists at the Baylor College of Medicine. Braincheck allows you to track and monitor changes in your cognitive health by playing neurocognitive games that measures a specific aspect of brain health. These games include:

What can I expect when using BrainCheck?

BrainCheck Memory is intended to be used once a month in order to generate brain performance reports that can be used to detect cognitive changes over time. By playing the neurocognitive games, your reasoning, visual attention, working memory, cognitive processing, visual processing, and reaction time are all evaluated in 15 minutes or less. You can then share these results with your family members, caregivers, and clinicians. Your test results will sync across all your devices and be stored in BrainCheck’s HIPAA-compliant cloud servers.

What will my results tell me?

Your results, also known as your Cognitive Care Plan, will be used to establish an individual baseline that is compared to a population database of individuals who are the same age. This comparison will be used to gauge where you fall in relation to the population average. The algorithms used in BrainCheck are specifically designed to map cognitive defects in specific areas where you are likely to struggle. This helps your doctor determine a treatment plan that will preserve your independence. Additionally, each Care Plan will come with a list of tools and resources from the Alzheimer’s Association.