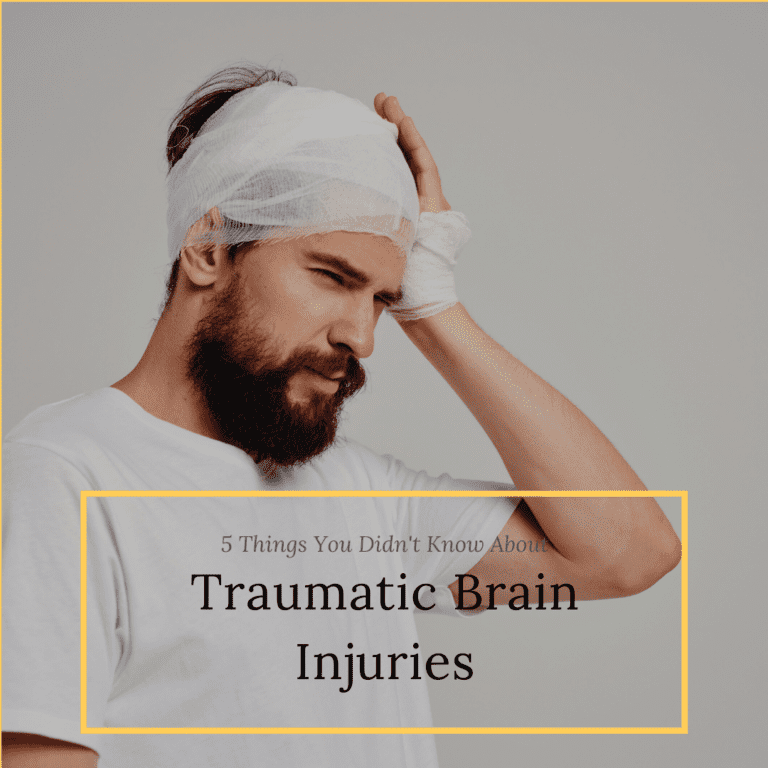 March is Brain Injury Awareness Month, and we wanted to take this opportunity to educate the public about traumatic brain injuries (TBIs). A TBI is a serious injury that can occur when the head hits an object or is shaken violently. It is a major cause of death and disability in the United States, and can cause short and long term health problems. In this blog post, we will define TBI, discuss the types of TBI, and list five facts about TBI that everyone should know in order to help prevent TBIs and raise awareness about this serious issue.

What is a Traumatic Brain Injury?

A traumatic brain injury (TBI) is defined as an injury to the brain that is caused by an external force. This can include a blow to the head, a fall, or even a shaking of the head. TBIs can range in severity from mild (a brief change in mental status or consciousness) to moderate (loss of consciousness more than 30 minutes but less than one day) to severe (a prolonged coma or death).

There are two main types of TBI:

Penetrating head injuries occur when an object pierces the skull and enters the brain tissue, such as a bullet wound or being struck in the head by an object that breaks the skull.

In order to help raise awareness about traumatic brain injuries, we would like to share five facts about TBI that everyone should know:

Traumatic brain injuries are a major cause of death and disability in the United States.

According to the Centers for Disease Control and Prevention (CDC), there were approximately 61,000 TBI-related deaths in 2019. This breaks down to an average of 166 deaths per day. Even in cases where people survive, they may be permanently disabled. In fact, the CDC’s National Center for Injury Prevention and Control estimates there are 5.3 million Americans currently living with a disability caused by a past TBI. However, this number is believed to be bigger due to restrictions in the data used to obtain the estimate.

The most common disabilities associated with TBIs are cognitive, emotional, sensory, and/or motor impairments. At a glance, this can take the form of lost communication skills, memory loss, inability to organize tasks or problem solve, decreased attention to detail, and emotional instability such as impulsivity.

TBI can cause short and long term health problems.

Men are more susceptible to TBI than women.

According to the TBI data published on the CDC Traumatic Brain Injury & Concussion page, men are almost two times more likely to be hospitalized for and three times more likely to die from a TBI. It was also noted that there was a larger discrepancy between young males and females, then this number becomes closer during older adulthood.

Although the exact reasoning for this is not known, one thought is that it could be due to the fact that men are more likely to participate in activities with a high risk of TBI, such as contact sports and motor vehicle accidents. The Brain Injury Association of America provides more information on how gender, sex, and TBIs are related.

Since children’s brains are different from an adult’s brain, it makes sense that a TBI can affect children differently. In some cases, TBIs in children can disrupt their development. In addition to the physical effects of a TBI, the limited ability to participate in school, sports, or other activities can further interrupt their emotional, behavioral, and social development.

TBIs are easier to miss in older adults.

While children are affected by TBIs differently than adults, older adults also have their own set of complications when dealing with a TBI. Generally speaking, older adults are at an increased risk of hospitalization or death from a missed TBI.

This is because many of the symptoms of TBI, such as memory problems and mood changes, can be attributed to other medical conditions commonly seen in older adults, such as dementia. Older adults who are taking blood thinners are also at an increased risk for bleeding after a TBI.

If you suspect that someone has suffered a TBI, it is important to seek medical attention immediately. TBI can be difficult to diagnose, but early diagnosis and treatment is essential for the best possible outcome.

Traumatic brain injuries are a serious problem in the United States, and can cause short and long term health problems for those who suffer from them. In order to raise awareness about TBIs and how to prevent them, we have provided 5 facts about traumatic brain injuries in this blog post. We hope that you will take the time to read through all of this information so that you can be better educated about this silent epidemic.