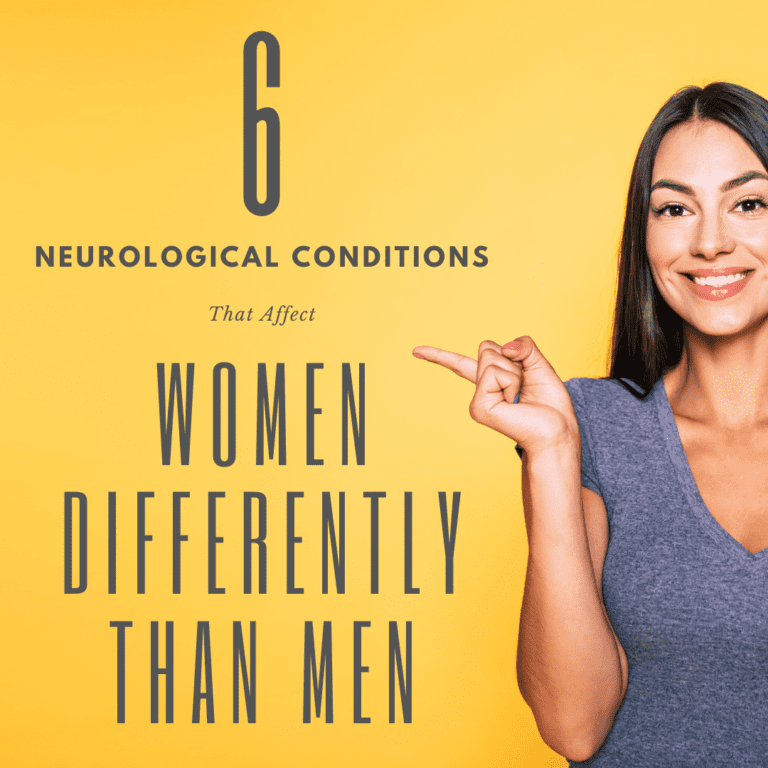 Historically, clinical trials and medical research were conducted primarily with male subjects. Within the last two decades, however, medical experts have begun to notice that there can be differences in how certain medical conditions manifest in the different sexes. In fact, recent research has indicated that risk factors, symptoms, and the rate of disease progression varies by sex. This is the case for at least six neurological conditions including: Alzheimer’s disease, epilepsy, migraines, multiple sclerosis (MS), Parkinson’s disease, and stroke.

The Epilepsy Foundation notes that the risk of recurrent seizures is similar for both men and women, despite the fact that the prevalence is slightly less in women. It has been found that women are more likely to describe epilepsy symptoms such as heart palpitations, chest pain, nausea, visual distortions, and psychic symptoms like deja vu. Estrogen has been found to lower the seizure threshold, while progesterone raises it, meaning that clusters of seizures known as catamenial epilepsy tend to occur around ovulation and menstruation. The frequency and severity of seizures can also change with hormonal fluctuations that occur during puberty, pregnancy, and menopause.

Statistics show that women are three times more likely to suffer from migraines than men, however women are also diagnosed with migraines sooner than men. It has also been found that even though migraine symptoms tend to be more severe in women, women are also more likely to seek treatment for these symptoms. Many women experience menstrual migraines, which are characterized by severe and long-lasting symptoms that occur around menstruation. This, along with the fact that many women find migraine relief after menopause, suggest a hormonal connection.

Relapsing-remitting multiple sclerosis is three times more common in women during their childbearing years. Another form of multiple sclerosis known as primary progressive MS, however, occurs equally in men and women. In most cases, women present with MS symptoms about five years earlier than men, which usually means they are diagnosed sooner. MS in men may also go undiagnosed since it is more common in women. Most women recover faster from flare-ups and have a slower disease progression than men. This is believed to be partially attributed to the protective effects of estrogen. However, menopause can increase the severity or frequency of symptoms since estrogen levels drop drastically.

While men are one and a half times more likely to be diagnosed with PD, women can also be affected by the disease. However, PD often goes misdiagnosed in women since many doctors are less likely to consider a PD diagnosis in women with symptoms. Oftentimes, this means that many women are diagnosed at a later stage than most men. Women with Parkinson’s are also more likely to display symptoms such as cognitive changes, depression, fatigue, and stiffness, rather than the tremors classically associated with PD. It is believed that estrogen may protect the body from the effects of PD, which is why more women tend to develop Parkinson’s disease when their estrogen levels drop after menopause.

Since women generally live longer than men, more and more women are having strokes. While both men and women have the same stroke symptoms, women over the age of 75 are more likely to have severe strokes with worse outcomes. Part of this is due to age, and part of it is due to the fact that women are more susceptible to the depression that can occur after a stroke. Finally, women are more likely to put on weight around the abdomen after menopause, which is a risk factor for stroke.