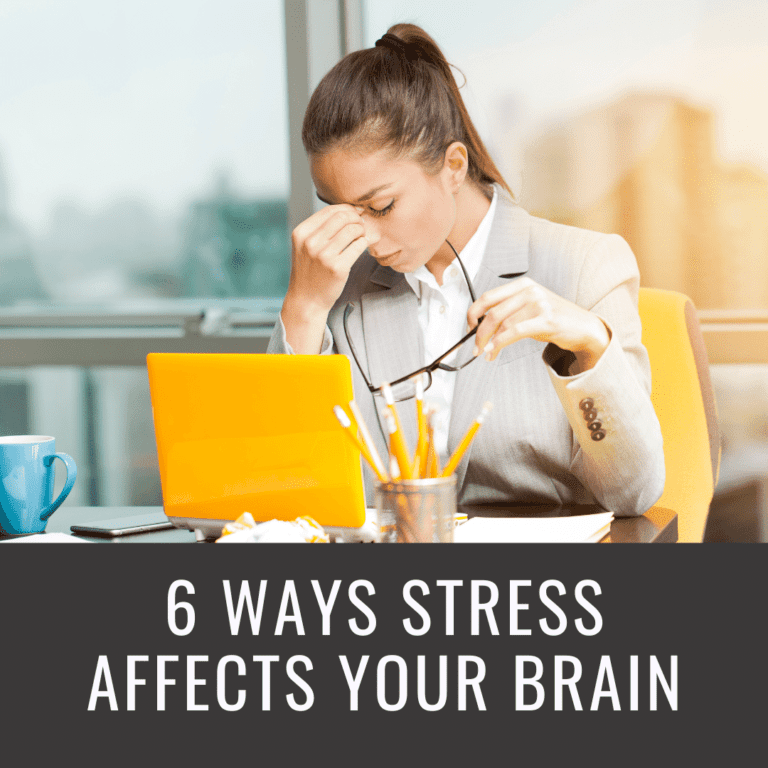 The brain is a fascinating and complex organ. It’s the primary control center for our whole body, and it can be affected by stress in many different ways. Stress itself is an important part of life – it helps us prepare for danger or respond to emergencies. But when we’re constantly stressed out, that’s when our brain starts to pay the price. This blog post will explore how stress affects your brain, both positively and negatively, so you can develop strategies to reduce your brain’s vulnerability to its harmful effects.

For starters, it is important to understand how our body processes stress. In the simplest terms, stress is basically the “fight or flight” response to a perceived threat. This activates the amygdala, or “fear center” of the brain, and causes a cascade of events. These include the production of the stress hormone cortisol, an increase in glucose levels, increased heart rate, and an increase in blood flow to the muscles in the arms and legs. After the threat has passed, then the body will eventually return to normal.

In the case of chronic stress, however, the fear center of the brain is constantly activated, meaning that the body is in a constant state of stress. Cortisol levels are also constantly elevated, which can eventually start to cause problems with digestion, sleeping, and the immune system. Not only that, but when one part of the brain is constantly engaged, it is postulated that the other parts of the brain may not have enough energy to carry out their own functions properly. As a result, here are six ways that stress can affect the brain:

One effect of chronic stress that researchers have observed is memory impairment.  Specifically, it has been noted that people who are stressed tend to be more forgetful and less likely to remember specific information. Researchers believe that even minor stress, such as being late to work, can cause you to forget simple things like where your keys are. One study performed on older rats even noted that high levels of cortisol caused short-term memory declines. According to Dr. Kerry Ressler, chief scientific officer at McLean Hospital and professor of psychiatry at Harvard Medical School, “The basic idea is that the brain is shunting its resources because it’s in survival mode, not memory mode”.

An imbalance between white and gray matter can also play a role in the development of mental illness. The theory is that having excess myelin in certain areas of the brain interferes with the timing and balance of communication. It was also noted that chronic stress can negatively alter hippocampal function. The hippocampus is involved in memory, specifically spatial memory, memory consolidation, and memory transfer.

It has been suggested by researchers that chronic stress can even kill new neurons in the brain’s hippocampus. The hippocampus is one of only two locations where neurons are produced. Despite the fact that the formation of new neurons does not seem to be affected, research shows that new neurons produced during periods of stress are more likely to die within a week.

While the overall volume of the brain tends to remain about the same, it has been found that chronic stress in otherwise healthy individuals can cause areas of the brain associated with emotions, metabolism, and memory to shrink. Chronic stress also made people more likely to experience brain shrinkage when exposed to intense stressors. This means that people under constant stress may find it harder to deal with future stress.

Stress is not all bad for your brain. In fact, moderate stress can actually improve brain performance by strengthening the connection between neurons in the brain. This helps to improve memory and attention span in order to make you more productive overall. This is why some people tend to perform “better under pressure”.