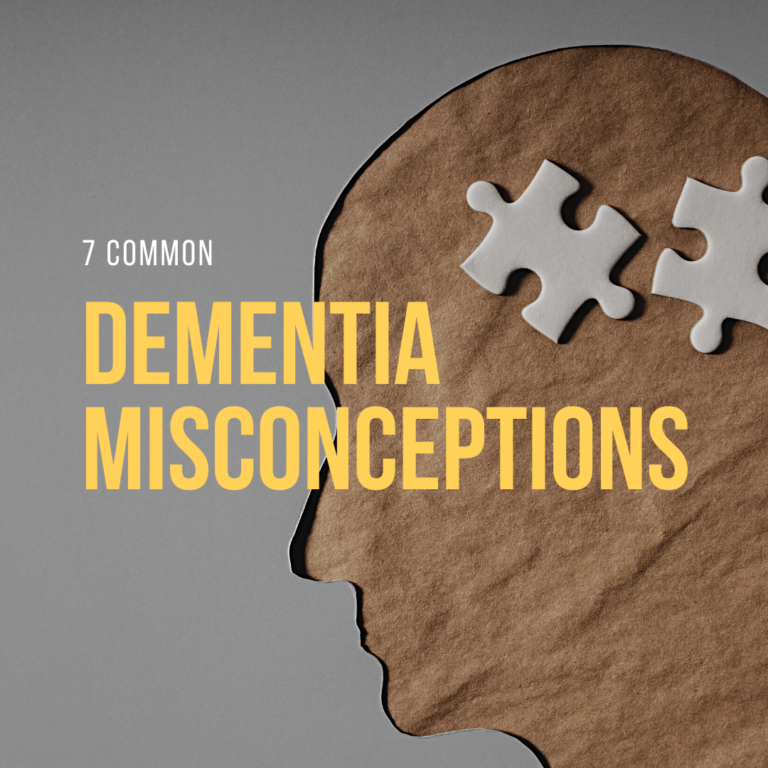 There are many misconceptions about dementia. This is unsurprising, as dementia is a complex illness that is not well understood by the general public. This can make it difficult to understand for those who have never experienced it firsthand. In this blog post, we will dispel some of the most common myths about dementia. We will also provide information about what dementia actually is, and how it affects people’s lives.

Dementia is a degenerative brain disease that causes problems with memory, thinking, and behavior. It is typically diagnosed in people over the age of 65, but it can occur in younger people as well. Dementia affects people of all races and ethnicities.

Dementia is a progressive disease, which means that it gets worse over time. The speed at which it progresses varies from person to person. Some people may only have mild symptoms for a few years, while others may experience a rapid decline.

Myth: Dementia is Part of Aging

Although dementia is more likely to occur in older people, dementia is not a disease that only affects older people. While the majority of people with dementia are over the age of 65, there are also many younger people who live with the condition. This is known as early onset dementia, and it can be especially difficult to cope with, as it can occur in the prime of someone’s life. Early onset dementia can occur anytime between 30-64 years of age.

Most people assume that if they have an immediate family member with dementia, then they are guaranteed to develop the condition themselves. However, dementia is not purely genetic. While genetics may play a role in some forms of dementia, there are many other factors that can contribute to the development of the condition. These include age, lifestyle choices, environmental factors, and health conditions. With that being said, there is a higher risk of a genetic link if the individual is diagnosed with dementia before the age of 65.

Memory loss is not necessarily a sign of dementia. It is normal to experience some memory loss as we age and dementia is more than just forgetfulness. People with dementia may have difficulty with complex tasks, such as balancing a checkbook or cooking a meal. They may also lose the ability to communicate, or to understand language. While memory loss can be associated with Alzheimer’s, there are other types of dementia that have other early signs and symptoms besides memory loss. Still, if your memory loss is severe enough to affect your day-to-day living, then it is recommended to speak with your doctor.

Myth: There is No Quality of Life with Dementia

Myth: Dementia and Alzheimer’s are the Same

Myth: Dementia Can be Prevented

There is no sure way to prevent dementia or stop its progression. However, there are some things that you can do to reduce your risk of developing the condition. These include maintaining a healthy lifestyle, keeping your mind active, and managing any health conditions that you may have. You can also reduce your chances of developing dementia by managing risk factors for the disease. Additionally, there are certain medications that can be used to help manage the symptoms of dementia.

In this blog post, we have debunked some of the most common misconceptions about dementia in order to help people better understand the condition. While dementia can be a challenging and devastating condition, it is important to remember that people with dementia can still lead happy and fulfilling lives with the right care and support. If you or someone you know is living with dementia, there are many resources available to help you manage the condition.

If you have any questions about dementia, please feel free to reach out to us. We are always happy to help!