Athletes and the Risk of CTE 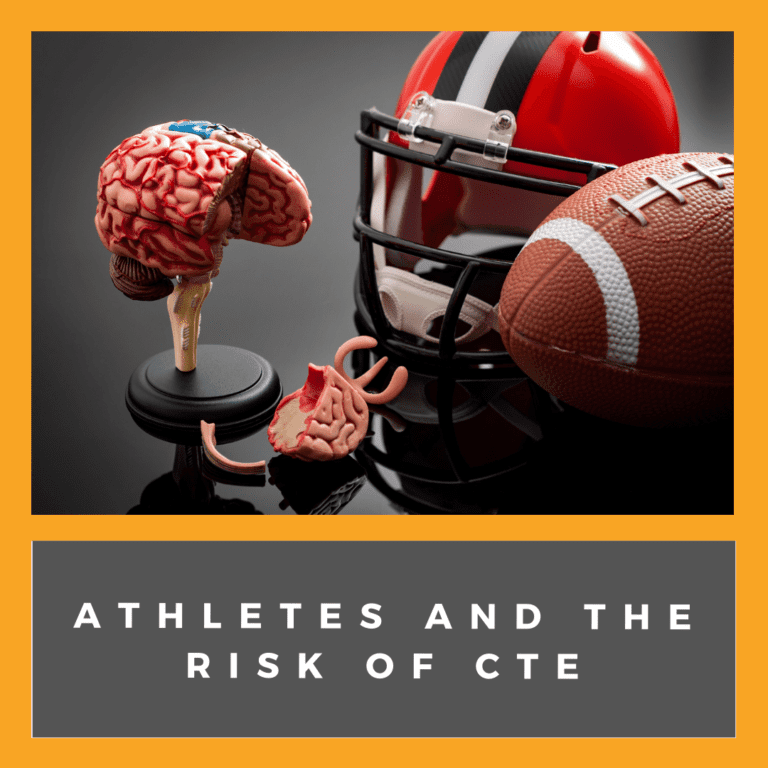 For many athletes, their sport of choice is a part of their lifestyle. Consequently, they train hard in order to perform well at games or competitions. They may also push themselves to their physical limitations at times. Without realizing it, they focus more on their performance and less on their personal safety. However in order to continue performing well, all athletes should know about chronic traumatic encephalopathy (CTE).

In order to understand what CTE is, we must first look at traumatic brain injuries. A traumatic brain injury (TBI) occurs when a strong force hits the skull or causes the brain to jolt and hit the inside walls of the skull. This disrupts the tau proteins in the brain that are responsible for holding brain cells together. The end result is usually known as a concussion.

However when there are repetitive or multiple traumatic brain injuries that occur, brain cells can get broken down into smaller and smaller pieces known as protein aggregates. These protein aggregates essentially clog up the brain cells and make it harder for the tau protein to function properly. When this happens over and over again, this can cause chronic traumatic encephalopathy.

Chronic refers to long term, traumatic denotes intensity, and encephalopathy is a fancy way of saying that the function or structure of the brain has been affected. Hence, CTE is a long-term condition that affects brain function. In most cases, CTE is caused by multiple blows to the head, but it can also occur as the result of one strong blow. In some cases, repeated head injuries can also cause permanent brain damage.

As a general rule, the intensity of the hit determines how quickly the brain deteriorates. However, CTE can affect individuals differently based on a number of factors such as genetics, diet, alcohol or drug use, and whether or not head protection was used. Since CTE affects everyone differently, there is no “magic number” of hits that determines whether CTE will develop or not.

Still, it can be said that certain sports carry a higher risk of developing CTE than others. In contact sports such as football, hocking, soccer, and boxing, the risk of CTE is extremely high due to the amount of physical contact involved. Other sports like tennis, swimming, and basketball have a lower risk of CTE, but there is still a risk nonetheless. Ultimately, CTE can be a risk of any sport that has the potential to cause repetitive head injuries.

Out of the various diseases that can affect the brain, CTE is one of the hardest to diagnose. This is because MRIs and CAT scans are commonly used to diagnose brain diseases, however they cannot be used to show whether the brain has been affected by CTE. In most cases, CTE is identified after death when parts of the brain can be removed and tested for tau clusters.

Since there is no exact way to diagnose CTE in someone who is currently living, most neurologists will diagnose the disease based upon its symptoms. Generally speaking, the diagnostic criteria for CTE is someone who has played sports for 10-15 years and who has suddenly started to act differently and expresses unusual emotions such as depression or suicidal ideation. Additionally, people with CTE may also exhibit symptoms similar to those of Alzheimer’s disease.

At the moment, there is no treatment for CTE, but the disease can be prevented. The best way to prevent CTE from occurring is to wear a helmet during sports practice and competition, as well as other safety gear. While wearing a helmet does not automatically prevent you from sustaining a head injury, it can significantly reduce the severity of the impact. If you still sustain a head injury while playing sports, it is recommended to rest for about 3 weeks, since 85% of TBIs need at least this amount of time for a full recovery. Taking time to fully recover from a TBI can also help to decrease the risk of it eventually evolving into CTE.