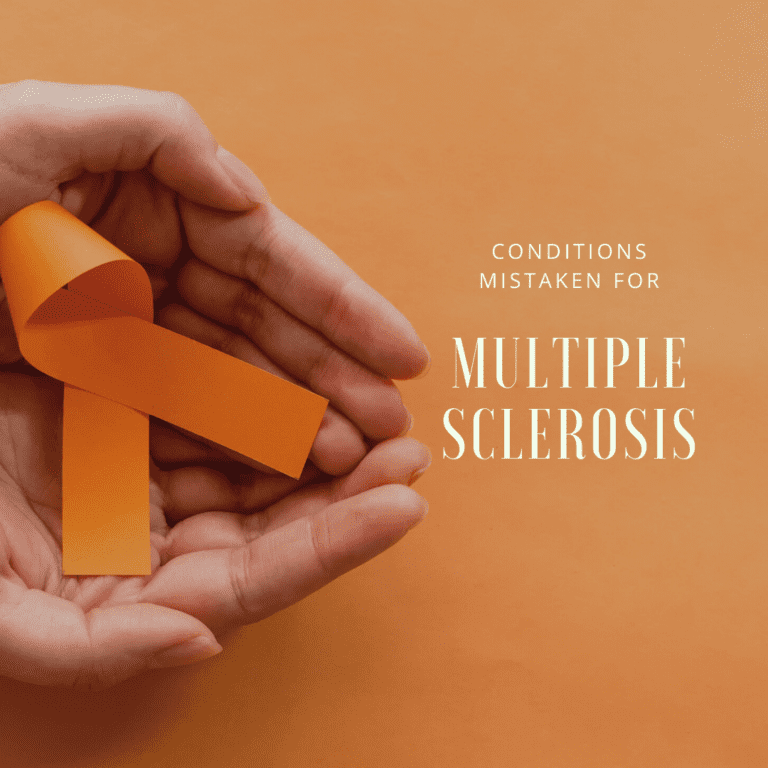 MS is characterized by the body’s immune system attacking the fatty tissues around nerve fibers, also known as myelin, which results in the formation of scar tissue (sclerosis). As more scar tissue forms on nerve fibers, this prevents the proper flow of electrical nerve impulses. This ultimately causes a range of symptoms such as:

How MS is Diagnosed

If you suspect that you have MS, your doctor will likely perform a few tests to diagnose this disease. The reason why multiple tests are usually needed is because there is currently no single diagnostic test that can accurately diagnose MS. Unfortunately the absence of a single diagnostic test is one of the main reasons why so many people are misdiagnosed.

One of the most common ways to test for MS is an MRI scan followed by a spinal tap to test for evidence of lesions on the brain and spine. Your doctor may also order nerve conduction studies or evoked potentials , which are electrical tests that measure your nerve impulses. In addition, your doctor may order a cerebrospinal fluid analysis, which is a lab test that can help diagnose or rule out other diseases including some infections and MS.

As previously mentioned, certain medical conditions are more difficult to pinpoint than others because they share a number of symptoms with a variety of other conditions. Some individuals suffering from Lyme disease, for example, exhibit symptoms of MS and vice versa. Other diseases that can be mistaken for MS include:

Migraines are one of the most common mimicker diseases that can be misdiagnosed for MS. Migraine causes intense throbbing headaches, light sensitivity, and nausea. Many migraine sufferers have also experienced blurred vision similar to the kind caused by optic neuritis in MS patients. Just like MS, however, migraines can be difficult to diagnose.

Lyme disease is a bacterial infection spread by ticks that can cause symptoms of MS. It can cause fatigue, fever, headaches, joint pain, numbness, short term memory loss, and speech issues. Lyme disease is diagnosed through special blood tests and is treatable with antibiotics.

Fibromyalgia causes chronic widespread pain, which can easily be confused for symptoms of MS. Fibromyalgia also causes memory loss, headaches, numbness, and fatigue, much like MS. However, fibromyalgia does not cause brain lesions, so an MRI can usually differentiate between the two.

Vitamin B12 helps the body to metabolize fatty acids, which are necessary to maintain myelin. When the body is deficient in B12, this can result in MS symptoms like fatigue, mental confusion, and numbness in the hands and feet. Luckily, vitamin B12 can easily be diagnosed with a blood test and treated with supplements.

Multiple sclerosis may be misdiagnosed as stroke. MS symptoms like vision problems, cognitive function, and mobility issues can easily be confused with stroke symptoms including numbness of the face, limited mobility on one side of the body or in their arms or legs, dizziness, memory loss, blurred vision, and speech impairment. Strokes require immediate medical attention.

Spondylopathies refers to a group of disorders characterized by the breakdown of joints, tendons, and/or ligaments in the spine. These conditions can be difficult to diagnose because they cause symptoms that are similar to those seen in individuals with MS.

Multiple Sclerosis is an autoimmune disease, so it makes sense that other autoimmune diseases can cause some of the same symptoms. Lupus, for example, is a condition in which the immune system attacks healthy cells and tissues. Symptoms of lupus include fatigue, rashes, arthritis, and some neurological problems. Lupus is also sometimes referred to as “the great imitator” since it can mimic other conditions. Unfortunately, there is also no single diagnostic test for Lupus.

Radiologically Isolated Syndrome is a term used by neurologists to describe individuals without clinical symptoms of MS who have had an MRI that shows evidence of inflammation in the brain. Since there are no tests that can diagnose MS with 100% certainty RIS simply indicates that someone has brain lesions associated with MS. In many cases, RIS can develop into progressive MS and may be an early indicator of the disease.

Neuropathy is a common complication of diabetes and is characterized by pain, numbing, or weakness in the hands and feet. There are different types of neuropathy such as sensory, motor, and autonomic. In some cases, neuropathy can mimic MS symptoms – including muscle weakness and balance issues – although there are ways to distinguish between the two.

Vasculitis is a condition characterized by inflammation in blood vessels, which can lead to symptoms of numbness in the hands and feet. It can also cause cognitive problems. Vasculitis can be diagnosed by performing a biopsy on the skin or affected organs.

ADEM is a sudden, usually short-term form of inflammation in the brain and spinal cord. ADEM is not the same as MS but does share some symptoms including fatigue, memory loss, weakness, numbness of the extremities, and vision problems. However, ADEM generally occurs in children, while MS generally occurs in adults.

NMOSD is characterized by optic neuritis and (inflammation of the optic nerve), myelitis (inflammation of the spinal cord). This inflammation is a result of the body attacking the myelin sheaths of the optic nerve and spinal nerves. Although NMOSD can produce similar symptoms of MS, it is also generally accompanied by sudden vision loss, pain in one or both eyes, numbness in the arms and legs, incontinence, and uncontrollable vomiting and hiccups. Unfortunately, treatments for MS can worsen NMOSD.

Myasthenia Gravis is a neuromuscular disease that causes muscle weakness. It results from the failure of receptors at the end of nerve cells to receive enough chemical signals from nerve impulses. Myasthenia gravis can cause symptoms like fatigue, droopy eyelids, and double vision similar to MS.

To Sum it All Up

There are many conditions that can mimic the symptoms of MS, but in most cases they will not respond to treatments for multiple sclerosis. If you suspect you have one of these other diagnoses and would like help identifying it, reach out to our team today! We’ll be happy to talk with you about your situation and offer insight or recommendations on how we might partner together so that together, we’re able to identify any misdiagnosis quickly and get you the correct treatment.