Forms of Dystonia and Their Treatment 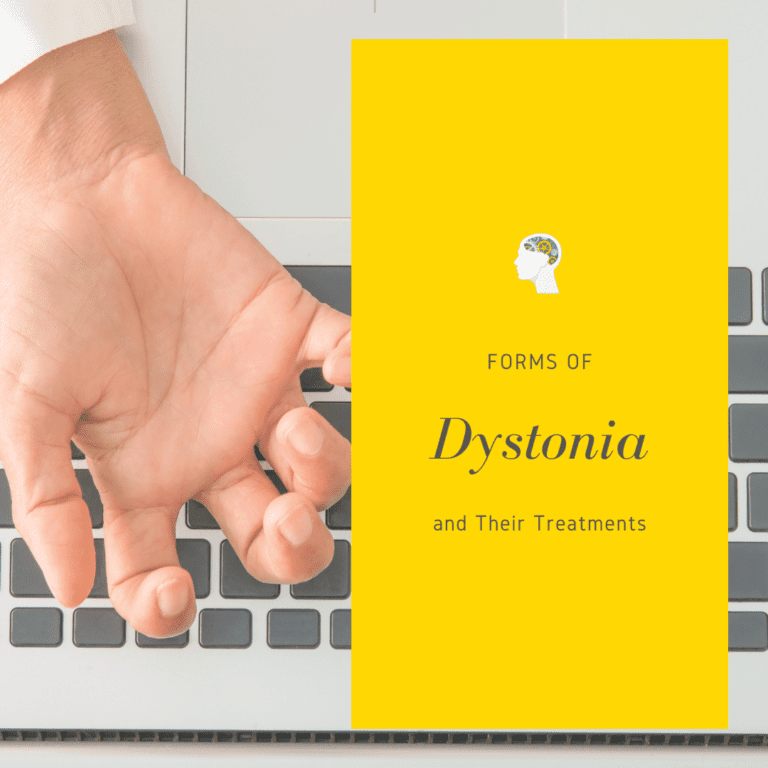 Dystonia is a neurological movement disorder that causes muscles to contract involuntarily. This can result in abnormal posture, twisting and repetitive movements, or difficulty speaking or swallowing. Dystonia can affect any part of the body, but it most commonly affects the neck, arms, and legs. There are three main types of dystonia: primary dystonia, focal dystonia, and generalized dystonia. Each type has its own unique symptoms and characteristics. In this blog post, we will discuss each type of dystonia in detail.

The term dystonia describes a group of movement disorders, however each disorder is different depending on its characterization. There are a few different ways to characterize dystonia.

For starters, dystonia can be classified by the areas it affects:

Dystonia can also be characterized by its temporal patterns:

Dystonia can also be characterized by the presence or absence of a co-occurring movement disorder.

This classification is based on the presence or absence of degenerative changes or structural damage in the nervous system. It also pertains to whether the form of dystonia was inherited or acquired, as well as its underlying cause.

Unfortunately, the various ways that dystonia is classified can cause some confusion. For example, cervical dystonia can be classified as both focal and task-specific. The same goes for writer’s cramp—it is often considered to be a type of occupational dystonia or task-specific focal hand dystonia. Although the terms used to describe these forms of dystonia may not always agree, they all refer to the same disorder.

Focal dystonia can affect the mouth, eyes, hands, neck, vocal cords, and feet. Most cases are primary, meaning that they are genetically inherited, however there are known secondary cases. Here are some examples of focal dystonia:

Secondary dystonias are acquired, meaning that they develop later in life as a result of another condition or injury. The most common cause is a traumatic brain injury or stroke, however there are other possible causes such as birth trauma and infections. Secondary dystonia can also be caused by the use of certain medications. Here are some examples:

Other Types of Dystonia

The most common medications for treating dystonia are anticholinergics, which block the neurotransmitter acetylcholine, however these may not be effective in some cases. Benzodiazepines, anti-parkinsonism drugs, anticonvulsants, and baclofen can also be used to treat dystonia. Around one-third of individuals with dystonia find that medications are effective.

Dystonia is a neurological disorder that causes involuntary muscle contractions and can result in abnormal postures. There are many different forms of dystonia, each with their own unique symptoms. The form of dystonia can directly influence the form of treatment, especially since some treatments work better for certain forms than others. Medication and/or botulinum toxin injections can both be used to treat dystonia, however botulinum toxin injections are usually recommended when dystonia is located in one area.