How to Bounce Back From Cognitive Decline 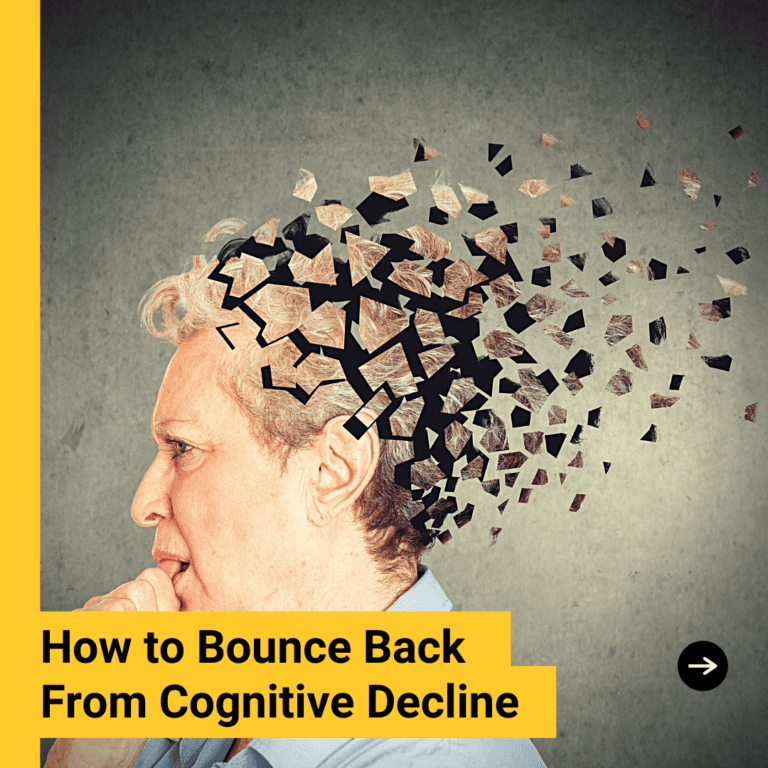 While not everyone will experience cognitive decline as they age, there are a fair amount of people who either know someone who has or have themselves. By the time people notice signs of cognitive decline, they often assume that there is no going back and that the problem is only going to get worse. Since the brain is such a complex organ, there is no saying with exact certainty that this is or is not the case. In fact, a recent study actually found that it is possible for the brain to “bounce back” from cognitive decline.

Out of the 119 participants, 60 were placed in the control group and 57 were placed in the intervention group. Although both groups completed four online education modules over the course of 8 weeks, only the intervention group received active assistance in the form of dietician sessions, an exercise physiologist session, and online brain training. The control group, on the other hand, was only asked to implement these lifestyle changes, but had no active assistance.

After six months, both groups were evaluated to determine their lifestyle risk factors and level of cognition. To determine lifestyle risk factors, the Australian National University–Alzheimer’s Disease Risk Index was used. The ANU-ADRI helps to identify an individual’s exposure to risk factors that are associated with an increased risk of developing Alzheimer’s disease. At the six month mark, members in the intervention group received lower scores, meaning that their risk had been decreased by implementing specific changes.

In order to determine one’s level of cognition, the Alzheimer’s Disease Assessment Scale–Cognitive subscale is performed. This assessment has 11 parts that take about 30 minutes and is intended to measure cognitive and non-cognitive functions. These 11 parts include recalling words, naming objects, following commands, constructing drawings, carrying out a specific task, questioning regarding orientation, word recognition, remembering test directions, using language, comprehension ability, and ability to find words. Overall, participants in the intervention group had higher cognitive scores with an average improvement of 2.5 points.

Since this study was performed using individuals who had already been medically diagnosed with subjective cognitive decline (SCD) or mild cognitive impairment (MCI), the findings of this study suggest that cognitive decline is not always progressive and does have the potential to be reversed through certain practices. Specifically, this study has found that identifying and decreasing an individual’s risk factors, eating a Mediterranean diet, participating in regular and appropriate physical activity, and practicing cognitive engagement are all ways that one can help their brain “bounce back” from cognitive impairment.