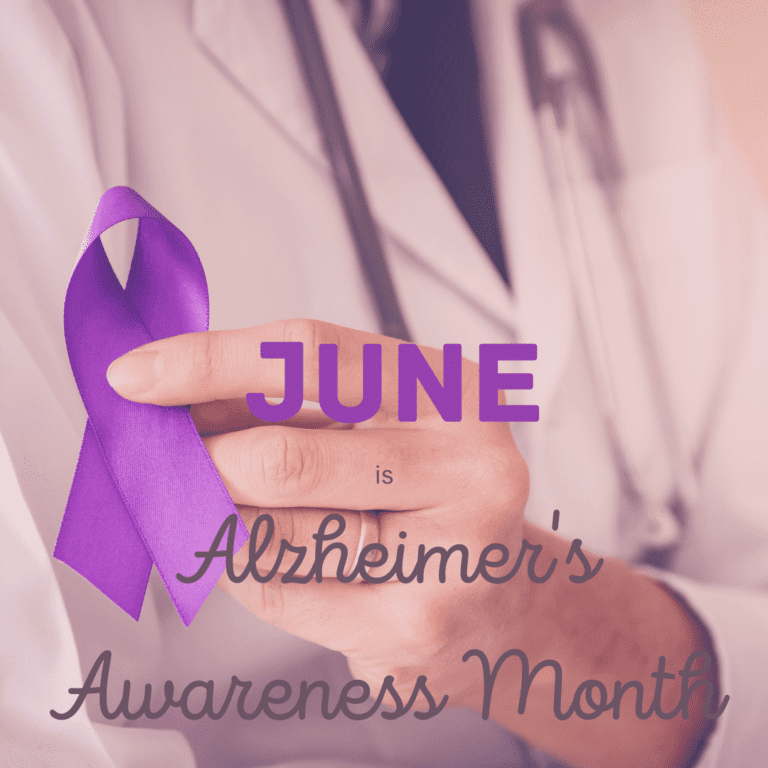 Alzheimer’s is a degenerative brain disease caused by changes in the brain that result in dementia. Dementia itself is not a disease, but is a term used to describe a set of symptoms including: memory loss, communication impairment, and difficulties with problem-solving and/or thinking. Alzheimer’s is the most common form of dementia, accounting for about 60-80% of all dementia cases. Other common types of dementia include vascular dementia, lewy body dementia, fronto-temporal dementia, and mixed dementia.

How Alzheimer’s Affects the Brain

In order to better understand the difference between Alzheimer’s and dementia is to evaluate just how Alzheimer’s affects the brain. However, we must first know a little more about the brain itself. The human brain weighs approximately three pounds and contains three main parts:

In a healthy brain, there are 100 billion neurons (brain cells) that are connected to one another in order to create a communication network. These neurons communicate with one another to carry out specific functions such as thinking, learning, remembering, seeing, smelling, hearing, or even breathing. In a brain with Alzheimer’s, however, something goes wrong within the cell that eventually causes it to die. As more cells are affected, this causes irreversible changes in the brain. In a brain with Alzheimer’s, brain cells tend to die in a predictable pattern, starting with the areas important for memory and then moving onto areas responsible for personality and problem solving. Unfortunately, brain cell death and tissue loss eventually causes the brain to shrink and affects the way it functions as a whole.

The Alzheimer’s Association notes that there are 10 early signs and symptoms of Alzheimer’s. It is recommended to schedule an appointment with your neurologist if you notice any of these signs:

It is normal to forget things from time to time, and sometimes forgetting names or appointments then remembering them later is a normal part of aging. However, forgetting recently learned information, forgetting important dates or events, asking the same questions repeatedly, and needing to rely on memory aids like notes or family members for things they used to handle on their own are all potential signs of Alzheimer’s.

#2: Difficulty with planning or problem solving

Making the occasional error when developing or following a plan can be a normal sign of aging. However, struggling to follow a familiar recipe or manage their monthly bills can be an indication of Alzheimer’s. Trouble concentrating on these tasks, as well as taking much longer to complete them, can also be indicative of Alzheimer’s.

Having a hard time completing tasks related to their daily routine can also indicate Alzheimer’s. Familiar tasks can include: making a grocery list, driving to a familiar location, or remembering the rules to a favorite game. Although an individual may struggle occasionally when doing microwave settings or TV recordings, this is considered to be normal as long as these are not part of their daily routine.

#4: Inability to determine time or place

Unfortunately, people with Alzheimer’s may eventually lose track of dates, seasons, and the passage of time. As such, they may only be able to live in the present moment and may not understand future events. Losing track of time is only considered normal when someone is momentarily confused about the day of the week.

Some people affected by Alzheimer’s experience visual changes that can impact the way they see. This can be accompanied by balance problems, trouble reading, and problems with judging long distances or determining color contrast. The only type of vision changes associated with age are those caused by cataracts.

Language and communication difficulties are another key indicator of Alzheimer’s. While sometimes struggling to find the right word is normal, stopping during a conversation, repeating oneself, or having difficulty naming familiar objects are all possible indications of something more. Oftentimes, people with Alzheimer’s may also struggle to follow or join a conversation with others.

#7: Misplacing things and not being able to retrace steps

Although it is normal to misplace things, one should be able to retrace their steps in order to find the missing item. Conversely, people with Alzheimer’s will often lose things and be unable to retrace their steps. They may also put things in unusual places, for example keys in the fridge. Since they are not able to find their things, they often start to accuse others of stealing them.

While we all make the occasional bad decision, people with Alzheimer’s experience changes in judgement and decision-making that can make bad decisions more frequent. This can range from anything to not putting oil in the car to making irresponsible decisions with money.

Since people with Alzheimer’s have a hard time following and joining conversations, they are more likely to avoid them altogether. This usually means that they end up withdrawing from social activities or engagements. While it is normal to sometimes miss social events for alone time, repeated instances could signal a problem.

#10: Changes in mood and personality

Being irritable when someone changes your routine is considered a normal reaction. However, becoming confused, suspicious, depressed, fearful, or anxious can be signs of Alzheimer’s. Oftentimes people with Alzheimer’s are easily upset when they are uncomfortable.

If you notice any of these early signs of Alzheimer’s disease, then it is important to make an appointment with your neurologist to be evaluated. Although no one wants to be diagnosed with Alzheimer’s disease, an early diagnosis has several benefits such as: allowing you to focus on your health, opportunities to participate in clinical trials, access to resources and support programs, and an ability to plan for the future.