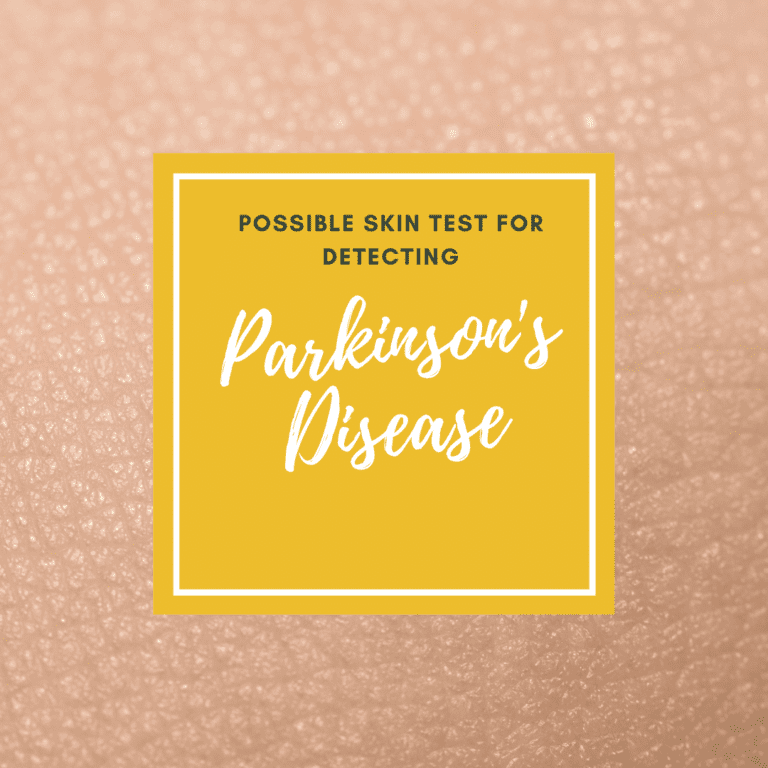 Did you know that new research shows Parkinson’s disease can be diagnosed from a simple skin test? As odd as it sounds, a study published in the scientific journal, Movement Disorders, has found evidence that this may be possible. Although this idea is still being researched, the hope is that skin tests can be used for the early detection of Parkinson’s disease, as well as for clinical trials.

Parkinson’s disease is a neurodegenerative disease that affects neurons responsible for producing dopamine in the substantia nigra region of the brain. As a result, people with the disease tend to develop symptoms such as tremor, bradykinesia, limb rigidity, and problems with gait and balance. They can also develop symptoms not related to movement such as depression, loss of sense of smell, cognitive impairment, constipation, apathy, and sleep behavior disorders. Unfortunately, these symptoms usually occur after the disease has already progressed significantly.

At the present moment, there is no test that can diagnose Parkinson’s disease. Therefore, it is primarily diagnosed based upon its signs and symptoms. An accurate diagnosis of the disease can only be made during autopsy. Because of this, researchers are looking for ways to identify biomarkers of the disease. This would allow for the disease to potentially be diagnosed before symptoms begin, so that treatment could prevent or decrease the severity of eventual symptoms.

The findings of this study can very well revolutionize the way Parkinson’s disease is diagnosed and, thus, treated. Without an accurate diagnosis of the disease in living patients, it becomes difficult to conduct accurate clinical trials needed to develop effective treatments. Currently, there is no cure for Parkinson’s, but treatments work to reduce the occurrence and severity of symptoms. However, treatments for Parkinson’s are not able to slow or halt the progression of the disease.

Being able to establish accurate diagnostics can lead to the development of more effective treatments and possibly even a cure. While there is still more research that needs to be conducted on identifying biomarkers associated with Parkinson’s disease, this study alludes to the fact that accurately diagnosing and effectively treating Parkinson’s is a scientific possibility.