The 7 Stages of Alzheimer’s Disease 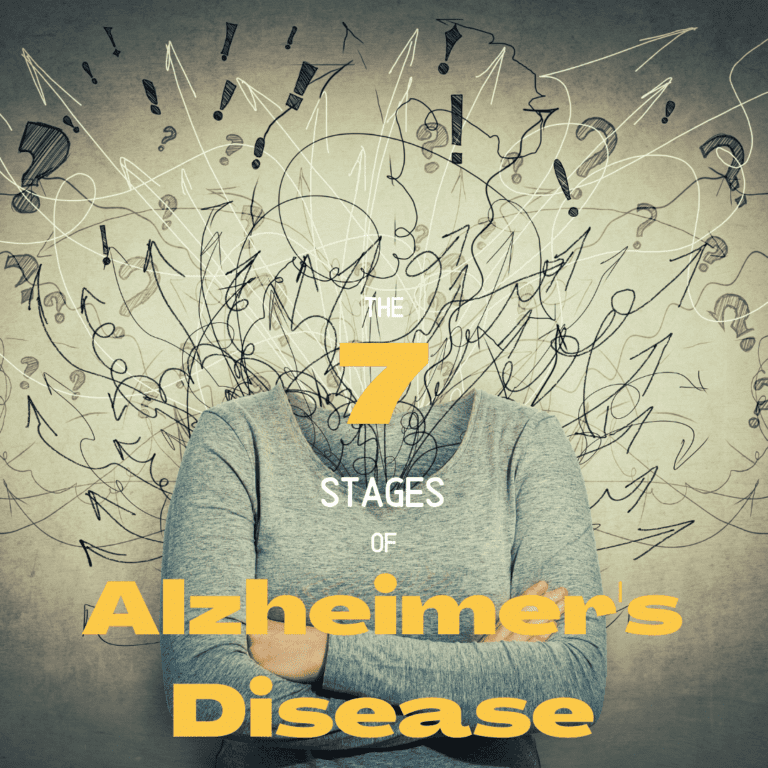 No one has perfect memory and it is normal to forget things occasionally, especially as we get older. However, basic forgetfulness that becomes more frequent can be one of the first signs of Alzheimer’s disease. Oftentimes, the affected individual won’t notice their forgetfulness and it is the ones around them that notice the difference. Seeking medical intervention at this point is recommended since early treatment has better outcomes in the long run.

At this stage, there has been more damage to the brain that will start to affect cognition in addition to memory. As a result, people tend to have a harder time remembering day to day information and will start to experience other symptoms of Alzheimer’s. They may become confused about what day it is and/or where they are, may have trouble choosing appropriate clothing for the weather or occasion, and tend to wander off and get lost. Additionally, they may reverse their sleeping patterns, becoming sleepy during the day and restless at night. You may also notice personality changes at this stage.

From stages 1-4, most people will continue to maintain their independence with only minor challenges. However, during stage 5, independence becomes harder since they begin to forget close friends and family, struggle to learn new skills, and may forget to perform basic tasks, like getting dressed. Additionally, emotional changes are also frequently seen during this stage. This can cause hallucinations, delusions, and/or paranoia.

People in this stage often have trouble responding to their environment, managing their own care, and communicating specific thoughts. Because of this, they are usually dependent on others around them to care for them. They may also experience increased anxiety, hallucinations, delusions, paranoia, and frustration.

The final stage of Alzheimer’s disease is when the brain has sustained so much damage that it fails to communicate with other parts of the body, causing mental and physical impairment. During this final stage, people require around the clock care and assistance for even the most basic parts of their daily routine.