The Connection Between Multiple Sclerosis and Trigeminal Neuralgia 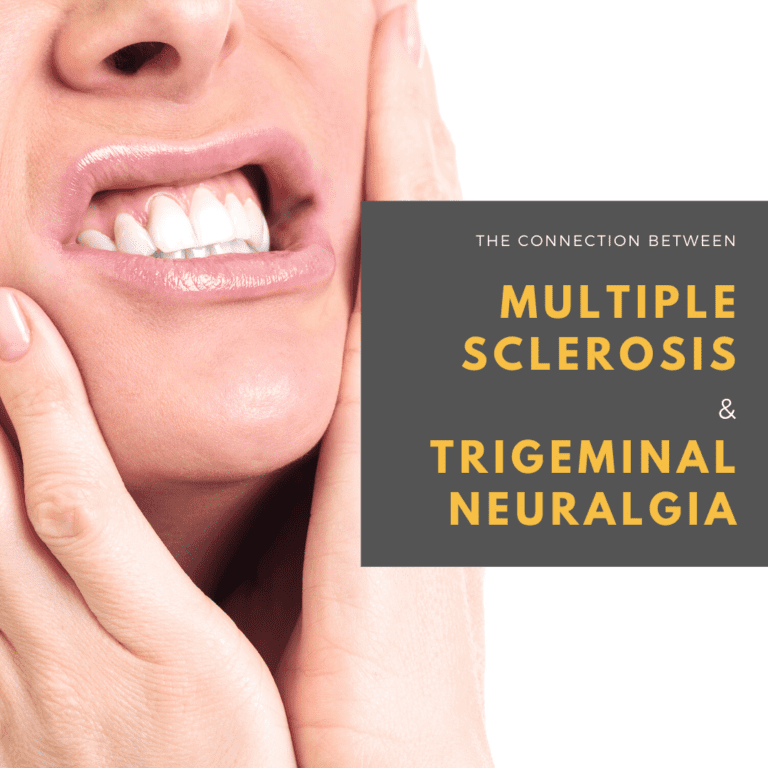 There are certain neurological conditions that have very distinctive symptoms. For example, a stroke can be recognized by facial drooping, arm weakness, and speech difficulties, which spell out the acronym “FAST” (The “T” stands for timing is critical). Not every neurological condition has symptoms that fit neatly into acronyms, however. There is also the fact that some symptoms may not even be recognized immediately as being a symptom of a particular condition.

What is Trigeminal Neuralgia?

Trigeminal neuralgia (TN) is a condition in which patients experience brief, sometimes extremely painful electric shock-like facial pain. The most common areas for pain to occur are the cheek, forehead, and ear. Pain associated with TN feels like a shooting or jabbing achiness or burning.  These painful sensations can last for only a few seconds or go on for minutes. In the most severe cases, they can even last around an hour or longer.

TN is caused when the trigeminal nerve becomes irritated or compressed. This can happen for a variety of reasons, including:

MS is a common central nervous system (CNS) disease that causes loss of balance, visual problems, lack of coordination, tremors, dizziness and weakness (among other symptoms). The name is derived from the scars, or sclerae, that form on the white matter as a result of damage to myelin sheaths around nerve fibers in the brain and spinal cord. Eventually, these sclerae cause lasting lesions to form, which interferes with nerve signals.

Symptoms of MS vary in type and intensity, depending on the location and severity of brain lesions. Symptoms of MS can come and go, or they may be permanent. While there is a wide range of MS symptoms, here are some of the more commonly seen symptoms:

Numbness or tingling in the arms, legs, and face are one early sign of MS. However, many people may dismiss this symptom because it is mild and easy to ignore. It is also important to note that numbness and tingling can be caused by a variety of other conditions.

How are Multiple Sclerosis and Trigeminal Neuralgia Connected?

There are also other hypotheses as to how these two conditions are related. Some researchers believe that inflammation caused by MS may lead to the development of trigeminal neuralgia, while others suggest that the two conditions may be caused by a genetic link.

It is clear that there is a strong connection between multiple sclerosis and trigeminal neuralgia. The two conditions often occur together and patients with one disease are especially likely to develop the other. However, not everyone affected by one or the other will develop both conditions. Nevertheless, if you are experiencing pain in the face, it is important to be evaluated by a neurologist for both MS and trigeminal neuralgia.