The Life Cycle of a Neuron 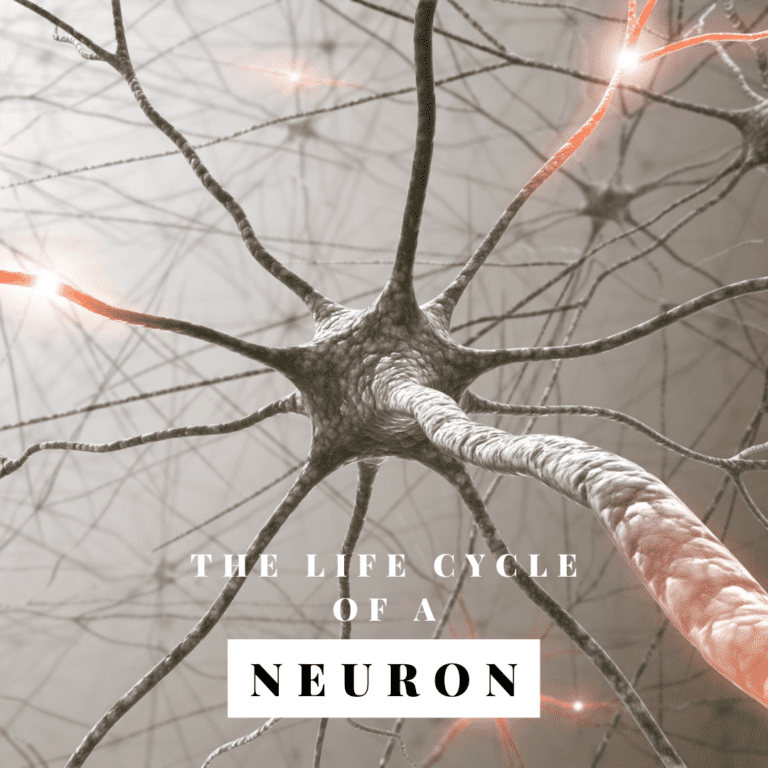 Neurons are the building blocks of the nervous system that are responsible for transmitting signals to and from the brain, as well as the rest of the body. On average, it is estimated that the human brain contains about 86 billion neurons. As a reference, fruit flies only have 100 thousand neurons, a cat has 250 million neurons, and a chimp has 7 billion neurons. Out of all the cells in the body, neurons are the most diverse and are responsible for who we are as individuals.

A neuron is composed of the main cell body that contains a nucleus, as well as two extensions known as the axon and dendrite. Axons are responsible for transmitting messages, while dendrites are responsible for receiving messages. These messages are communicated across a neural network by releasing chemicals known as neurotransmitters. There are three classes of neurons, including:

It was previously believed that humans were born with all the neurons they would ever have. At that time, it was also believed that the human brain had 100 billion neurons. However, research performed from the 1960s into the 1980s found evidence of neurogenesis in animal brains which was later confirmed in the human brain. Then as of 2009, Brazilian researcher Dr. Suzana Herculano-Houzel found that the human brain actually had around 86 billion neurons as opposed to 100 billion.

Neurogenesis is the technical term for the birth of a neuron. Although humans are born with the majority of their neurons, evidence suggests that neurons can still be born throughout our lifetime. Newborn neurons then migrate and differentiate in order to function appropriately. Finally, neurons can also die. Here is a deeper look at the lifecycle of a neuron:

In the case that the early progenitor cells develop into a neuron, the next step is for the neuron to migrate. Neurons can migrate through the brain by either following fibers of the radial glia cells or by using chemical signals. Only about a third of migrating neurons actually reach their destination, since some cells can die during neuronal development or be misguided to a location where they don’t belong.

Assuming the neuron has successfully reached its destination, it will need to differentiate in order to “fit in” and communicate with the surrounding neurons. For example, a sensory neuron would develop differently than a motor neuron. Although differentiation is not fully understood by scientists, it is believed that the neuron will either depend on molecular signals from surrounding cells to determine its size and shape, or it will mimic the structure of the surrounding cells.

The final stage of a neuron’s life cycle is death. Out of all the cells in the human body, neurons live the longest, however they still die. Unfortunately certain diseases can cause neurons to die in such a way that proper brain function is affected. This is the case with Parkinson’s, Huntington’s, and Alzheimer’s disease. Additionally, traumatic brain injuries, strokes, or spinal cord injuries can also result in the death of neurons.