The Top 3 Treatments for Neuralgias 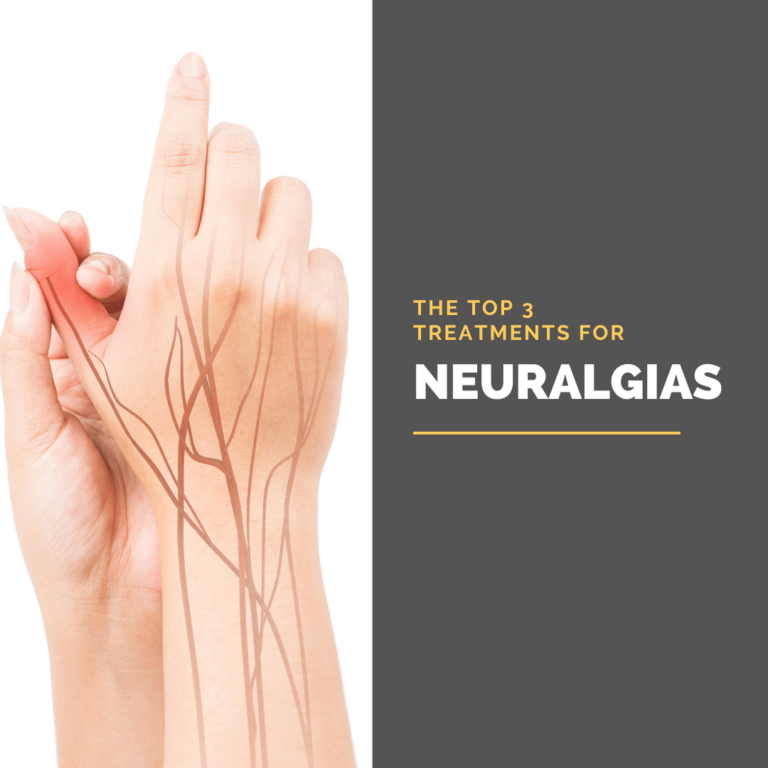 If you are one of the millions of Americans who suffer from neuralgia, then you know that it can be a debilitating condition. Neuralgias are characterized by episodes of facial pain, which can be extremely severe. There are many different types of neuralgia, and each type has its own unique set of symptoms. In this blog post, we will discuss the top three treatments used by neurologists to treat neuralgias.

Neuralgia is a type of nerve pain that can be caused by damage to the nerves. This damage can be due to injury, infection, or inflammation. There are many different types of neuralgia, and each type has its own unique set of symptoms. Some of the most common neuralgias include:

This type of neuralgia is caused by damage to the nerves from shingles. Symptoms include burning, shooting, and stabbing pain, located within the area of the original shingles outbreak. As such, the pain is usually localized to one side of the body.

This type of neuralgia is caused by damage to the trigeminal nerve. The trigeminal nerve spans down the side of the face, from the forehead down into the lower jaw. Symptoms include sharp, shooting pain on one side of the face. Pain can be caused by things that are normally painless like chewing, speaking, touching the face, or brushing the teeth.

Short-Lasting, Unilateral, Neuralgiform headache attacks with Conjunctival injection and Tearing (SUNCT) is a rare form of headache characterized by sudden bursts of moderate to severe burning, piercing, or throbbing pain around the eye or temple on one side of the head. In addition to pain, there are other accompanying symptoms such as watery eyes, reddish or bloodshot eyes, nasal congestion, runny nose, sweaty forehead, eyelid swelling, and increased eye pressure.

This type of neuralgia is caused by damage to the occipital nerves. Symptoms include deep, throbbing pain in the back of the head that can shoot forward to the front of the head or be felt around or behind the eyes. This condition also causes severe headaches and can easily be misdiagnosed as a headache disorder.

How are neuralgias diagnosed?

Neuralgias are typically diagnosed by a neurologist. In order to make a diagnosis, the neurologist will take a medical history and ask you about your symptoms. They will then perform a physical examination of the affected area to determine where the pain is occurring. This may be followed by a neurological examination that tests your reflexes to determine if the cause of your symptoms are due to a compressed nerve.

What are the top three treatments for neuralgias?

In cases where there is no identifiable cause of neuralgia or if treating the cause is not yielding adequate results, there are treatments that can be used to manage symptoms associated with neuralgia. The top three treatments for neuralgias are injections, medical marijuana, and neuromodulation devices.

Injections of steroids or local anesthetics can help to relieve pain. These injections, also known as nerve blocks, are strategically injected into a particular nerve or group of nerves in order to prevent that nerve from transmitting pain signals to the brain. This can effectively reduce or eliminate pain from neuralgia for a matter of months. In some cases, glycerol injections can also be used to permanently damage the affected nerve and block pain cells. Afterwards, only numbness or slight tingling is usually felt.

Medical marijuana has been shown to be effective in treating various types of neuralgia. One recent study found that 81% of patients being treated with medical marijuana reported improvement in their trigeminal neuralgia symptoms and 50% of those patients were actually able to reduce their opioid consumption for pain management.

Neuromodulation devices, such as spinal cord stimulators, can help to relieve pain by sending electrical impulses to the nerves. Neuromodulation devices provide non-invasive and reversible treatments for neuralgia that can be adjusted as needed. These devices have been shown to be effective in treating and even preventing various types of neuralgia, including trigeminal neuralgia, postherpetic neuralgia, and occipital neuralgia. In fact, studies show an average of 50% in pain reduction after using peripheral nerve stimulation or spinal cord stimulation to manage neuralgia pain.

In this blog post, we discussed the top three treatments for neuralgias: injections, medical marijuana, and neuromodulation devices. We also briefly discussed how neuralgias are diagnosed by neurologists and the different types of neuralgia that exist. If you or someone you know is suffering from neuralgia pain, be sure to talk to your doctor about these treatment options.