The Top 5 Treatments for Migraines 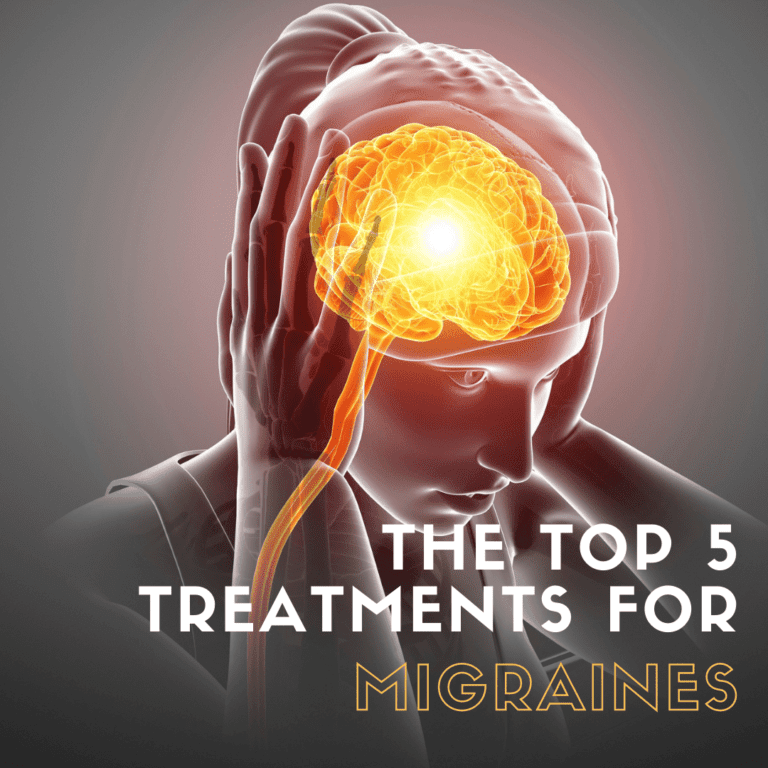 If you suffer from frequent migraines, you know that they are no joke. Therefore, when it comes to treating migraine symptoms such as pounding head pain, nausea, and sensitivity to light and sound, you want something that is both effective and fast acting. However, part of the problem with treating migraines is that not all treatments affect people the same way. This can mean that you may need to try a few different things before you find something that works for you. This can also mean that you may need to switch treatments from time to time if something stops working. While there are a variety of migraine treatments, here are the top 5 most effective treatments for migraines:

While many people think that Botox is only used by cosmetic specialists for reducing the appearance of wrinkles, this is only one of its main applications. Onabotulinumtoxin-A is a neurotoxin produced by Clostridium botulinum that can block signals passed from the nervous system to the muscles. When a small amount of this toxin is injected into the muscles on the scalp and temples, it can be used to decrease both the severity and frequency of migraines by blocking the chemicals responsible for pain transmission.

IV infusion therapy has been provided for years by emergency rooms to quickly and effective relieve severe migraine symptoms. However, sitting in an emergency room waiting room for hours with a migraine is usually the last thing you want to do. For this reason, many neurologist’s offices are now offering their own in-office outpatient IV infusion therapy sessions. These sessions usually last about two hours and use an intravenous catheter to deliver a cocktail of migraine medications designed to treat active migraine symptoms, as well as to prevent future migraines. And since these medications are delivered through an IV, results are almost instantaneous and highly effective at reducing a number of migraine symptoms.

There are some natural remedies that have been shown to decrease migraine symptoms in some people. For example, inhaling or applying lavender oil to the temples can reduce the severity of a migraine. Applying peppermint oil to the forehead and temples has also been associated with relieving migraine discomfort. Finally, ginger can be used to alleviate nausea associated with migraines, as well as to decrease the severity of the migraine. However it is important to note that while natural remedies can be helpful in some cases, they are usually not as effective as other migraine treatments.

One of the best ways to treat a migraine is to prevent it from ever happening in the first place. Some prescription drugs, such as tricyclic antidepressants, beta-blockers, calcium-channel blockers, and some anticonvulsants, are designed to prevent migraines and can be taken regularly to decrease the frequency of migraines. Additionally, there is also evidence that vitamin B2, magnesium, and CoQ-10 can be taken to reduce the frequency of attacks.