The Vestibular System: What It is and How It Affects Balance 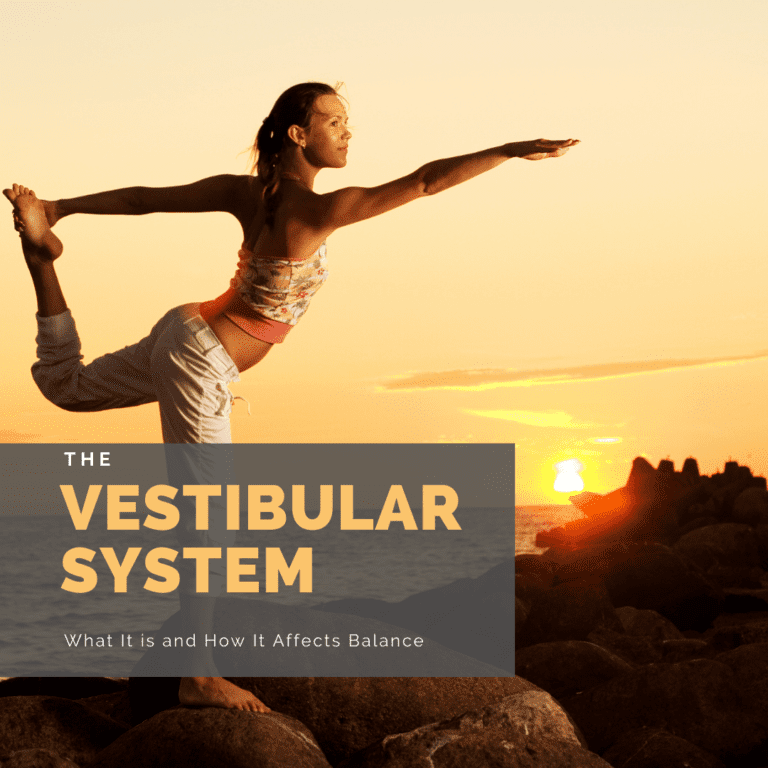 Have you ever watched in awe as Olympic gymnasts complete a seemingly impossible routine on a balance beam? Maybe you’ve even tested your balance by walking on a narrow surface. Even if you haven’t consciously tested your balance, your body is constantly carrying out several processes to ensure that you remain upright. In fact, the reason why you can easily walk on a variety of surfaces without stumbling constantly is thanks to your vestibular system. This blog post will explore what this system does, why it’s important for balance, and what can go wrong if it becomes impaired.

What Is the Vestibular System?

The vestibular nerve transmits information from these vestibular organs to brainstem nuclei which then relay it to other parts of the central nervous system where it is used by the cerebellum and cerebral cortex for movement coordination. There are vestibular organs on both sides of the head that must send symmetrical signals to the brain in order to function properly.

How the Vestibular System Affects Balance

Balance is defined as the ability to maintain equilibrium, an upright posture, and stability on your feet. In order to be balanced, there are a variety of sensory and motor processes that must work together with the vestibular system simultaneously. These include sensory input from vision and touch, as well as motor output to muscles in the body and eyes.

The vestibular system senses the orientation of our body relative to gravity and thus helps us maintain balance. It can also provide sensory information about motion and equilibrium. The cerebellum region of our brain can use this information with visual input from our eyes (to see where we’re going), as well as touch inputs from muscles and joints (which tells us about the position of parts of our body) to keep our bodies balanced. In the case that the cerebellum detects a lack of balance, it will send messages to the necessary muscle groups in order to regain balance.

What can go wrong with the vestibular system?

Proper functioning of this intricate sensorimotor pathway plays an important role in our everyday lives. When one or more of these components are compromised, our sense of balance can also become impaired. Components of the sensorimotor pathway can become compromised by injury, aging, drugs, or disease. When this happens, it is known as a vestibular balance disorder. Balance disorders can cause symptoms such as:

BPPV is the most common cause of vertigo and is often triggered by a quick change in position, such as rolling over in bed. People with BPPV experience brief periods of dizziness, loss of balance, nausea or vomiting.

BPPV is caused by loose calcium carbonate crystals that have dislodged from their normal location within one part of our vestibular labyrinth (the utricle and saccule) and have become deposited in another area (the semicircular canals). As a result, the semicircular canals become extremely sensitive to head positions, which causes extreme dizziness. This is a positional disorder, meaning that the problem lies with gravity and head position relative to it.

Meniere’s Disease is another possible cause of vertigo. However, vertigo usually occurs after other symptoms such as changes in ear pressure, fullness in the ear, decreased hearing, and low-tone ear ringing. In most cases, Meniere’s disease starts with a single symptom and gets progressively worse. In some cases, symptoms are episodic in nature with symptom-free periods in between episodes.

Meniere’s Disease is caused by fluid buildup in the vestibular labyrinth. Normally, fluid in the inner ear known as endolymph resides in the semicircular canals. With Meniere’s disease there is excess endolymph in the semicircular canals which can also flow into other parts of the vestibular labyrinth. The result is a loss of the ability to sense motion and equilibrium, causing extreme dizziness and nausea.

How are vestibular balance disorders treated?

Vestibular balance disorders are treated based on their specific cause. Some treatments may include medications, lifestyle changes, Epley maneuver, and surgery.