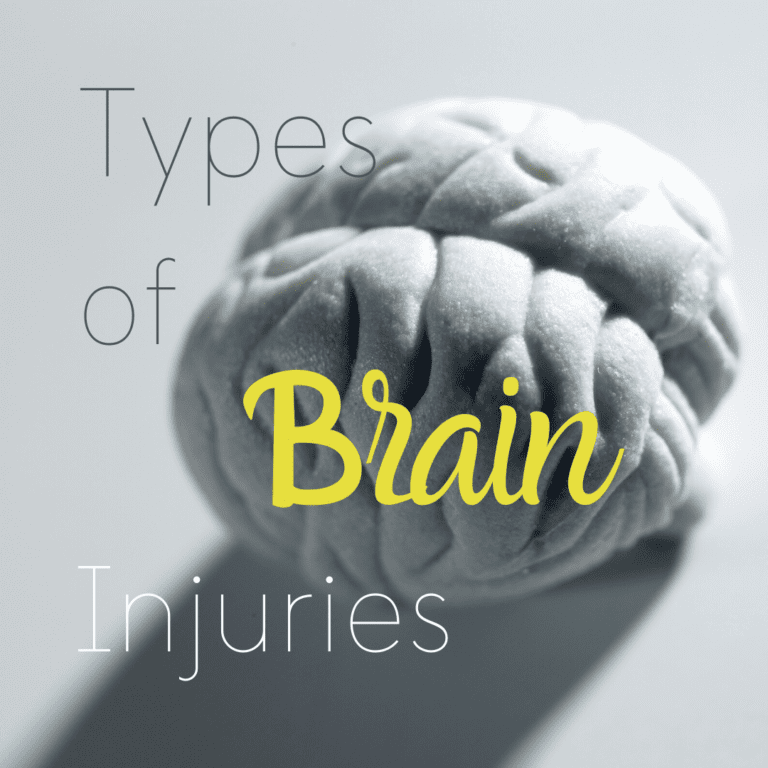 Did you know that the human brain has the consistency of gelatin? Due to its extremely delicate consistency, the brain ultimately relies on the skull for protection from the outside world. Even with the skull’s protection, the brain can still become injured. In some cases, the brain can even become damaged due to internal factors. Depending on the cause, there are two types of brain injuries: Traumatic Brain Injuries (TBI) and Non-Traumatic Acquired Brain Injuries (ABI).

Concussions are one of the more common traumatic brain injuries. They occur when the brain changes in function as a result of hitting the internal walls of the skull.

Edema refers to the swelling of the brain that can occur as a result of any traumatic brain injury. Since the skull cannot expand to accommodate the swelling, edema can cause pressure on the brain.

An intracranial hematoma is characterized by blood pooling in the brain or empty spaces around the brain that is caused by a ruptured blood vessel. There are different types of hematoma depending on their location in the brain.

Skull fractures are rare, however they can cause a change in brain function and possible infection when they do occur. Thin fractures are usually monitored closely, while depressed fractures or fractures that are leaking cerebrospinal fluid require surgical intervention.

Hemorrhage, or uncontrollable bleeding, can occur within the brain tissue (intracerebral) or in the spaces around the brain (subarachnoid). A brain hemorrhage can occur as a result of a TBI, however when it occurs as an ABI, it is generally attributed to an aneurysm bursting. An aneurysm is a bulged blood vessel in the brain.

A stroke occurs when blood flow to the brain is cut off and the brain cells begin to die. Strokes are generally either ischemic (caused by artery blockage) or hemorrhagic (caused by a blood vessel burst). In some cases, they can be caused by a temporary clot and called a transient ischemic attack.