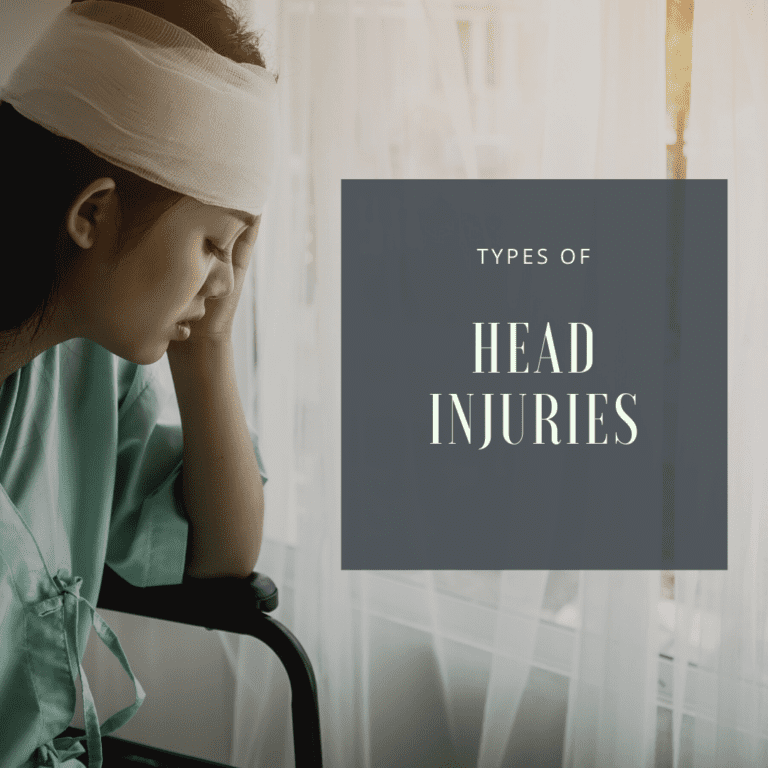 Head injuries are very common in the United States. Did you know that every year there are about 2 million head injury-related emergency room visits? Head injuries can occur when the head is shaken violently or when a blow to the head is absorbed by the skull. Some common causes of head injuries are motor vehicle accidents, physical assaults, and sports-related accidents. Each type of head injury has its own set of symptoms and treatments depending on what caused the injury, as well as other factors such as severity and duration.

Symptoms of a Head Injury

Regardless of whether there is an open or closed head injury, there are certain symptoms to look out for that can indicate a head injury has occurred.  It is important to note that symptoms may come on gradually or suddenly. While open head injuries are generally more obvious, these symptoms can be important in determining the presence of a closed head injury:

Symptoms such as a loss of consciousness, disorientation, or confusion require immediate medical attention

A diffuse axonal injury is a closed head injury that damages the brain cells and impairs their ability to function properly. Diffuse axonal injuries can also cause brain swelling and lead to being in a coma. This type of injury generally occurs as a result of shaking the brain back and forth.

Edema is a term used to describe swelling. Certain types of head injuries can cause swelling in the structures around the brain, however when the brain swells it is serious. This is because the brain is confined in the skull and has very little room to swell without pressing against the inner skull wall.

A hematoma is a clotting of blood that occurs outside of the blood vessels. When a hematoma forms in the brain, it can exert pressure on the brain and increase the overall pressure inside the skull. Hematomas can cause a loss of consciousness or permanent brain damage. There are different types of hematomas, including:

A hemorrhage refers to uncontrollable bleeding. When it comes to head injuries, there are different types of hemorrhages that can occur.

The human skull is one of the only bones in the human body that does not contain bone marrow. As a result, this makes it very difficult for the skull to fracture. However, when a skull does fracture, it is unable to absorb the force of the blow and will likely result in brain damage. There are different types of skull fractures, including:

What Happens if You Have a Head Injury

In the event that you experience a head injury, the first step is to seek medical attention. Generally speaking, you will want to go to urgent care or an emergency room for prompt attention. At that point, you will either be hospitalized or told to rest and schedule an appointment with a neurologist at a later date. The exact type of treatment you will receive will depend on the type and extent of the injury.