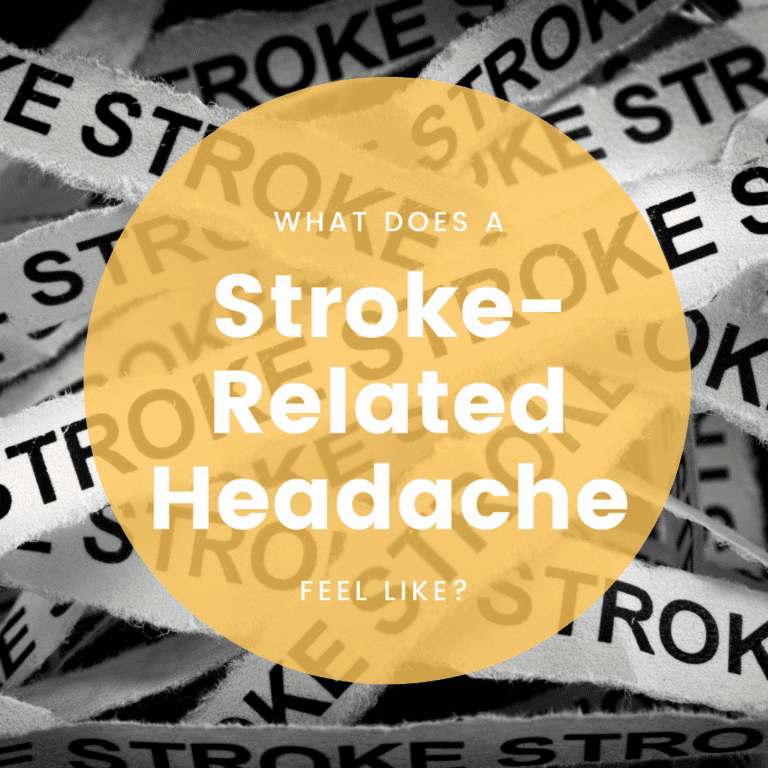 What is a stroke?

Before discussing stroke-related headaches, it is important to first establish a firm understanding of what happens during a stroke. A stroke occurs when blood flow to the brain is interrupted. There are two types of strokes, including:

When it comes to recognizing a stroke, the acronym FAST is used by the American Stroke Association. This acronym stands for the main symptoms associated with early signs of a stroke, such as:

In addition to the classic stroke symptoms associated with the FAST acronym, around 7-65% of people undergoing a stroke will experience some form of a headache. People describe a stroke-related headache as a very severe headache that comes on within seconds or minutes.  Oftentimes, the area affected by the headache is directly related to where the stroke occurs. For example, a blocked carotid artery can cause a headache on the forehead, while a blockage towards the back of the brain can cause a headache towards the back of the head. This ultimately means that there is not one headache location that signals a stroke, since they can occur anywhere on the head.

In some cases, it may be hard to tell the difference between a migraine and a stroke-related headache. This is because both migraines and stroke-related headaches have some overlapping symptoms such as: disorientation, a general feeling of being unwell, changes in vision, and vertigo. The easiest way to differentiate between the two is to pay attention to sensations. A migraine headache produces sensations like auras, flashing lights, or tingling skin, while a stroke-related headache causes sensations to be lost, such as a loss of vision or feeling. Additionally, migraine headaches are caused by recognizable triggers and the pain is described as a throbbing that gets gradually worse, while strokes can happen at random and cause pain that is sudden and severe.

A “mini stroke” can also cause a stroke-related headache. Mini strokes are more formally known as transient ischemic attacks characterized by a temporary interruption of blood flow. Unlike a stroke, with a TIA the brain tissue is only temporarily damaged and recovers once blood flow has been restored. Still, TIAs produce identical symptoms to a stroke, however the symptoms can last anywhere from only 5 minutes to 24 hours. Although the symptoms can be short-lived, a TIA should be treated like a stroke, since they are often a warning sign to a full-blown stroke. Seeking treatment early can prevent a stroke, as well as permanent brain damage.