What is a Pre-Stroke? 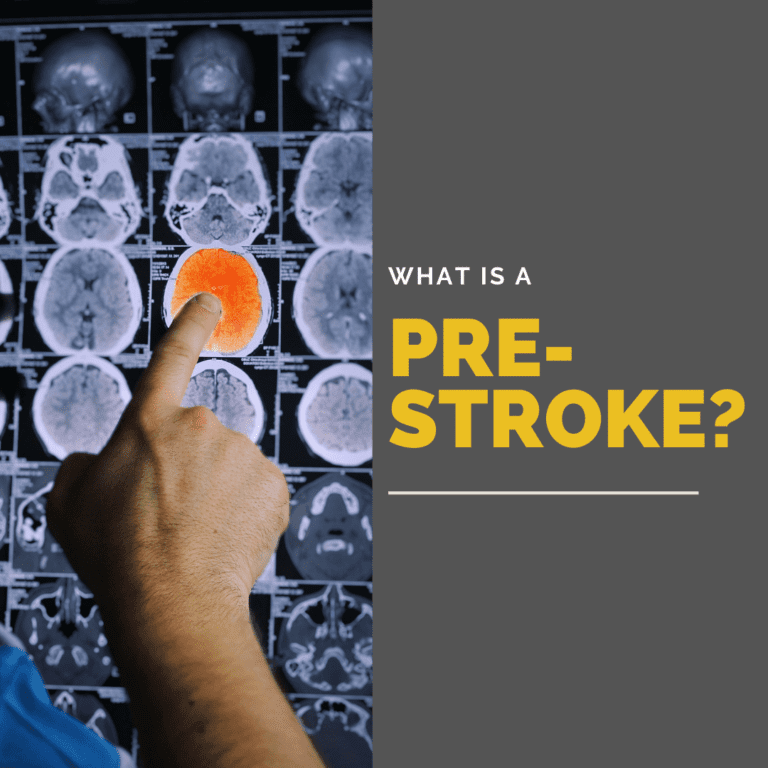 Did you know that approximately 1 in 3 people who have a pre-stroke will eventually have a stroke? Additionally, half of these individuals have a stroke within 1 year of the initial pre-stroke or mini stroke. However, being able to identify a mini stroke can help you to prevent a massive stroke from happening in the future. In order to do so, however, one must know what a pre-stroke/mini stroke is and how to identify it.

Pre-strokes or mini strokes are the common terms used to describe a transient ischemic attack (TIA). Unlike a full blown stroke, a TIA only lasts a few minutes and does not cause permanent damage. Nevertheless it is a warning sign that a possible stroke may be coming in the future. In some cases, this may be as soon as hours or days later, or as late as years later.

Although strokes and ministrokes last for different amounts of time, they do have similar symptoms. Many symptoms of a ministroke mirror the early symptoms of an actual stroke. These include:

The reason why a TIA and a stroke have similar symptoms is because they have similar causes. An ischemic stroke occurs when a blood clot blocks blood supply to a part of the brain. During a TIA, the same thing happens. However in the case of a TIA, this blockage is only temporary, which is why you would only see symptoms for a matter of minutes. These blots may develop in the brain or elsewhere in the body. When they develop elsewhere in the body, it is only a matter of time before they circulate to the brain.

Even though these symptoms of a ministroke are usually short-lived and generally only last for about 1-5 minutes, it is important to be seen by a doctor immediately for a prompt diagnosis and treatment to prevent a full blown stroke. You can expect your doctor to perform a physical examination that evaluates your speech, eye movements, reflexes, strength, and sensory system. They may then perform additional diagnostic tests such as a carotid ultrasound, CT scan, MRI, echocardiogram, and/or arteriogram.

These tests allow your doctor to determine the cause of a TIA in order to determine the best course of treatment for preventing a larger stroke later on. In some cases, treatment for a TIA may be as simple as taking an antiplatelet medication that decreases the risk of your blood platelets from sticking together and/or taking an anticoagulant, which prevents the blood from clotting. In other cases, more invasive treatments such as surgery to remove papertyper arterial plaque or angioplasty to open a clogged artery, may need to be performed.