What is Drug-Induced Parkinsonism? 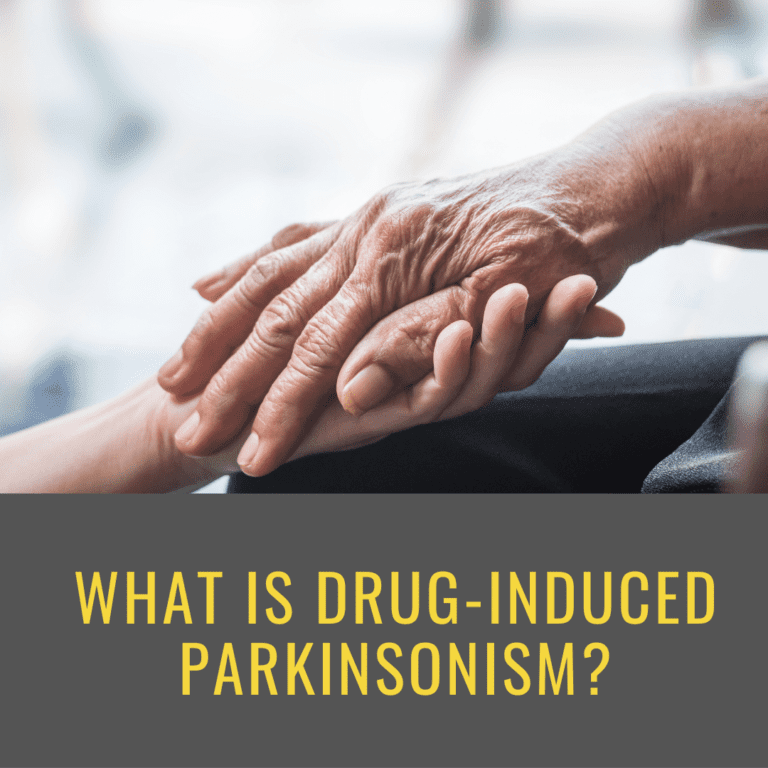 Did you know that certain symptoms of Parkinson’s Disease (PD) can be caused by medications? This phenomenon is known as drug-induced parkinsonism (DIP) and it is the second most common cause of parkinsonism in the elderly only after Parkinson’s disease itself. Here is what you need to know about drug-induced Parkinsonism:

DIP can easily be misdiagnosed as PD

A Number of Medications Can Lead to DIP

Symptoms of Parkinson’s disease occur when there is a loss of dopamine neurons in the brain. Dopamine is a neurotransmitter used by the brain to control bodily movements, learn and focus, and feel pleasure and enjoyment. Certain types of medications, known as dopamine antagonists, bind to and block dopamine receptors. When dopamine receptors in the brain are blocked, this can cause parkinsonism to occur. There are a number of medications that can cause DIP, including:

Anticonvulsant medications are used to epileptic seizures. Out of all the anticonvulsants, valproate is the most likely to cause parkinsonism.

Like the name suggests, anti-nausea medications are used to treat nausea from motion sickness, vertigo, and general nausea. These medications can include: hydroxyzine and promethazine.

These medications are used to treat digestive disorders caused by improper nerve or muscle function in the gut. Medications in this category that can cause parkinsonism as a side effect include: metoclopramide, prochlorperazine, and levosulpiride.

Exposure to toxins can also cause parkinsonism

While drug-induced parkinsonism is primarily caused by certain medications, there are also cases that have been linked to extensive or long-term exposure to environmental toxins. When the body is regularly exposed to certain toxins, it causes oxidative stress or mitochondrial dysfunction, both of which can result in movement disorders. Toxins associated with causing parkinsonism include: pesticides/herbicides, MTTP, agent orange, certain solvents, manganese and other metals, and organic pollutants.

Not all tremors are associated with parkinsonism

Despite the fact that DIP and PD can both cause parkinsonism, only PD is associated with also causing non-motor symptoms. This is because PD is a neurodegenerative disorder that affects more than dopamine receptors, whereas DIP only affects dopamine receptors. In addition to causing parkinsonism, PD also causes symptoms such as depression, sleep problems, constipation, and the loss of smell.

Some cases of parkinsonism can be reversed, others cannot

In most cases, drug-induced parkinsonism (DIP) can be reversed once the medication causing the problem is eliminated. However, it can take some time for an individual to return to normal. Depending on the medication and its effects, it can take anywhere from 4-18 months for DIP to resolve itself. In some cases, however, parkinsonism may continue even after the medication has been stopped for more than 18 months. This happens when an individual already has a dopamine deficit that was not caused by the medication. In these cases, that individual was already going to develop PD at some point, however DIP accelerated the process.