What You Need to Know About Brain Aneurysms 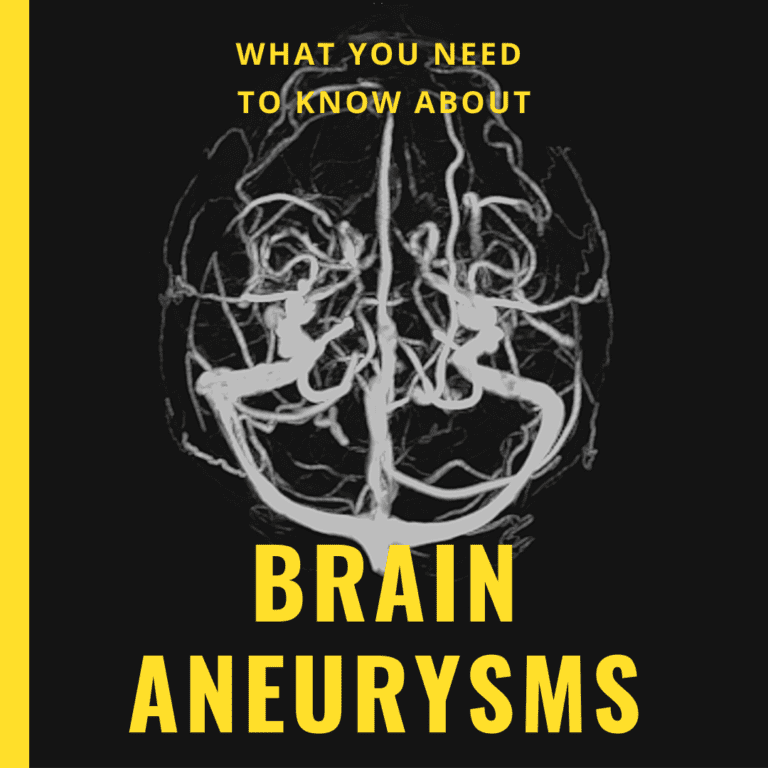 Characteristics of a Brain Aneurysm

The first thing you should know is what constitutes a brain aneurysm. A brain aneurysm is a weak spot in one of the brain’s arteries. This weak spot allows blood to collect and form a bulge on the artery. Since the arterial tissue is unusually thin in these areas, brain aneurysms can rupture easily and cause a subarachnoid hemorrhagic stroke. While brain aneurysms can form anywhere in the brain, they generally tend to form at the base of the skull.

There are two different types of brain aneurysms, including:

There is no one-size-fits-all when it comes to brain aneurysms. In fact, they can develop in a range of different sizes. In most cases, however, aneurysms are extremely small and barely measure more than 1 inch. The smallest are usually about 1/8th of an inch. However, they can also be larger as well. Larger aneurysms are about 1 inch in size and can be problematic.

Not all Brain Aneurysms Rupture

A Ruptured Aneurysm is an Emergency

Although most aneurysms do not rupture, about 30,000 Americans suffer from ruptured aneurysms annually and 40% of these cases are fatal. A ruptured aneurysm is an emergency that requires an immediate 911 call. When an aneurysm ruptures, it tends to produce sudden symptoms such as:

Certain People are a Higher Risk

As with any medical condition, there are always certain populations that are at an increased risk. In the case of brain aneurysms this includes: people over the age of 40, women, African-Americans & Hispanics, people who have used cocaine or other drugs, and those with a family history of aneurysms. Additionally, certain medical conditions can increase the risk of developing a brain aneurysm including: hypertension, Ehlers-Danlos syndrome, autosomal dominant polycystic kidney disease, Marfan syndrome, and fibromuscular dysplasia.

There are Brain Aneurysm Triggers

The American Heart Association recently published an article in their journal entitled Stroke that stated there are certain factors that can trigger the rupture of an existing aneurysm. These factors include: excessive exercise, coffee or soda consumption, straining during bowel movements, intense anger, startling, and sexual intercourse. In some cases, aneurysms can also form or rupture from head trauma, brain tumors, and infections, however this is not as common.

Aneurysms Can Be Treated

Both unruptured and ruptured aneurysms can be treated by cutting off the blood supply to the aneurysm. This decreases the risk of rupture due to blood pressure. There are different approaches to cutting off an aneurysm’s blood supply that include clipping the aneurysm and/or inserting a coil, stent, or flow diversion device into the affected artery. In some cases, the best treatment may be no treatment, just observation. Only your neurologist can help you decide what type of treatment is most beneficial to you.